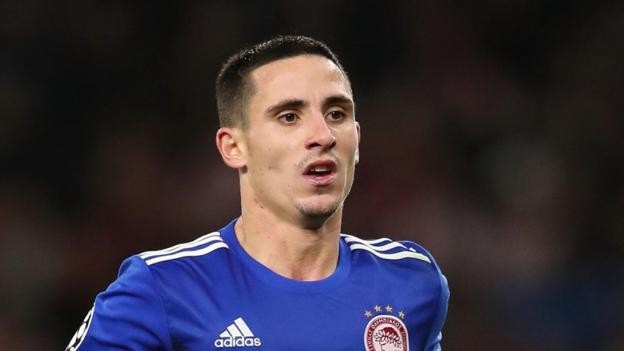 Wolves are hoping to agree a fee for Olympiakos winger Daniel Podence, who is valued at more than £20m.

Manager Nuno Espirito Santo is targeting the 24-year-old as he looks to bolster a squad that has played 39 competitive games this season.

Podence has been capped by Portugal at all age levels bar the senior team.

He joined Olympiakos from Sporting Lisbon on a five-year-deal in 2018 after he terminated his contract with the Portuguese club.

So far there has been no agreement over a fee.

Wolves are also tying up the final stages of the signing of Ecuadorian striker Leonardo Campana.

The 19-year-old, who has a Spanish passport, broke off from duty with his national side in their Olympic qualification campaign to fly to England for a medical.

He is due to return to South America in time for Tuesday's game against Colombia and return in February once his tournament commitments are over.