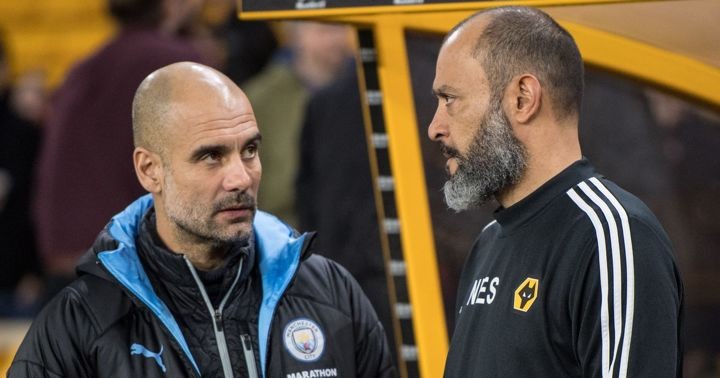 Wolves fans aren't pleased with their club's decision to back the bid attempting to prevent Manchester City from playing in the Champions League while their UEFA ban appeal is ongoing.

A report from The Daily Mail suggests eight of the Premier League's top ten sides - barring City and Sheffield United - have submitted a joint application to the Court of Arbitration for Sport (CAS) to get City banned from next season's competition.

The Blues were handed a two-year ban from UEFA European competitions after being found guilty of seriously breaching their financial fair play regulations.

City have appealed the decision to CAS and their rivals believe the current coronavirus pandemic could delay the proceedings and allow Pep Guardiola 's side compete in next season's competition.

Wolves currently sit sixth in the table, two points behind Manchester United in fifth. Should City's ban be upheld, the team that finishes fifth would take City's place in the Champions League.

Despite potentially giving the club the chance to compete in Europe's elite club competition, Wolves fans are disappointed with the decision to back the bid as many think it's the wrong thing to do.

Here is a selection of their replies:

Reports suggest a number of Premier League clubs want the current season to end with immediate effect and replay it once it is safe to do so.

That is according to one senior figure at a top-flight club, who claims it is morally wrong for the Premier League to be discussing playing behind closed doors while the coronavirus crisis continues to rock the country.

“You look at the people sitting around the Premier League table by Skype; their egos cannot sustain a mirror being held up to them,” they told The Athletic.

“The fact is they are not as important as a Tesco delivery driver at this time. We run a game. No more, no less. There is no place for sport at the moment.”