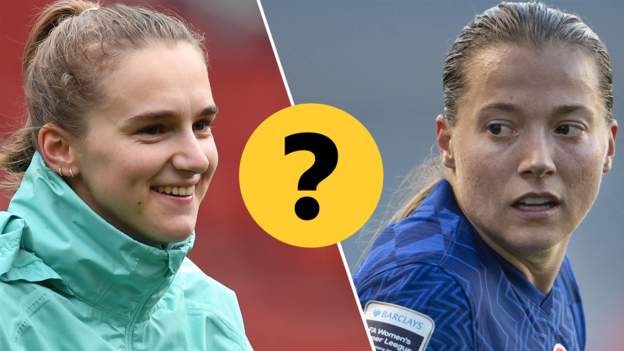 Arsenal play Chelsea in the Women's FA Cup final at Wembley on Sunday live on BBC One, iPlayer and the BBC Sport website from 13:30 GMT.

Two of the best teams in English football will be going head to head, but who has the better players?

We asked BBC Sport readers to select their best combined XI and seven Chelsea players made the cut, with more than 80% of voters opting for a 4-3-3 formation.

Chelsea goalkeeper Ann-Katrin Berger had more than twice as many votes as Arsenal stopper Manuela Zinsberger.

Centre-back Millie Bright was the most picked player in the line-up, while Arsenal's Jordan Nobbs was our readers' number one in all three midfield positions.

Netherlands forward Vivianne Miedema was the most popular Arsenal player - and the second-most picked overall - with 68% of voters naming her in their line-up.

You can still have a go at selecting your own XI below.