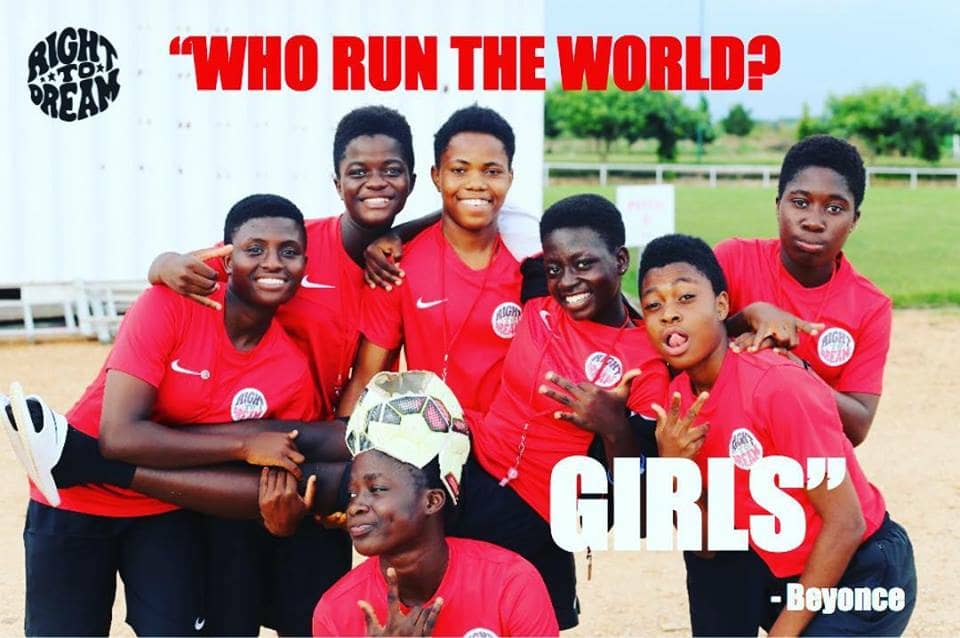 The Right to Dreams girls academy is the first in Africa

The Africa Women’s Cup of Nations is currently taking place in Ghana. But are women playing football really important? More than anything else, says championship coach and points to the Right to Dream academy as a beacon.

Didi Dramani is a highly respected man in Ghanaian football. Twice leading Kotoko to the championship in the Premier League and later coach in the GFA, where he took responsibility of the Black Queens and later led the U/17 girls to bronze medals at the World Cup.

When he watches the Africa Nations Cup right now in Ghana, he sees much more than just 22 ladies playing each other. He sees the empowerment of his country’s biggest unused resource.

- In this country, we have not been good enough at giving opportunities to our potential leaders and role models to let them grow into what they can become. And therefore, we are also preventing them from achieving this. The girls and women of our communities can and will contribute to the further development of Ghana and the rest of Africa. And we need them to, says Didi Dramani.

-This is much bigger than football. Our generation of girls and women will prove, that our country has a huge unused resource in all the women not being given the chance to shine. Whether it’s on the football pitch, in the educational system, as part of the working force, or as leaders. They can change and contribute to the growth of this country. First, however, we must allow them to develop and empower themselves, and football can be a good platform to achieve this. But of course we haven’t been good enough at this up to this point, when the first girls’ academy on the entire continent opened just 6 years ago. And already this has created amazing results.

The academy, Coach Dramani is talking about, is the Right to Dream academy in Old Akrade. They created a girls’ academy in 2012, and since then the results have been staggering.

-From a football perspective, it speaks for itself. Our girls train, eat and live just as our boys, and therefore their development as young players is impressive. They can play with the boys, and sometimes even beat them, and in a few years’ time, I feel convinced, that they will contribute massively to the national team of Ghana, says William Asare.

He is the coach of the girls at the Right to Dream academy, and for him, the progress on the pitch is not the biggest result up to this point. The girls at the academy receives the same training and treatment as the boys off the pitch, when it comes to school and character development and that opportunity has resulted in even more spectacular developments.

-The growth of these girls as people and young leaders is just incredible. The purpose they find in the opportunity they have, and the passion and work they put into wanting to become the best version of themselves, for the sake of their family, community and country, is inspirational. We see them grow every day, and they will inspire the generations to follow, says William Asare.

Didi Dramani has no doubt, that the platform of football and an educational programme can empower both young boys and girls to take Ghana and Africa closer to reaching its potential. The only thing needed is an open mind.

-Someone might say, it’s just football. But I don’t see it like that. In Ghana, the passion around football is tremendous. And the challenges we have as a nation, holding us back, can be challenged through football. When for example we see the African Cup of Nations for women being played here, and acknowledge the results and work being done with the girls at the Right to Dream academy. Through football these girls get a free education at international level in USA after the academy, and they get to experience and see the world. All things they will bring with them back home. I know several girls, who now study in various colleges in the USA, and Right to Dream has been a tool to champion these girls. Empowerment through football. How should our nation not be able to profit from this, if we just allow them to shine?