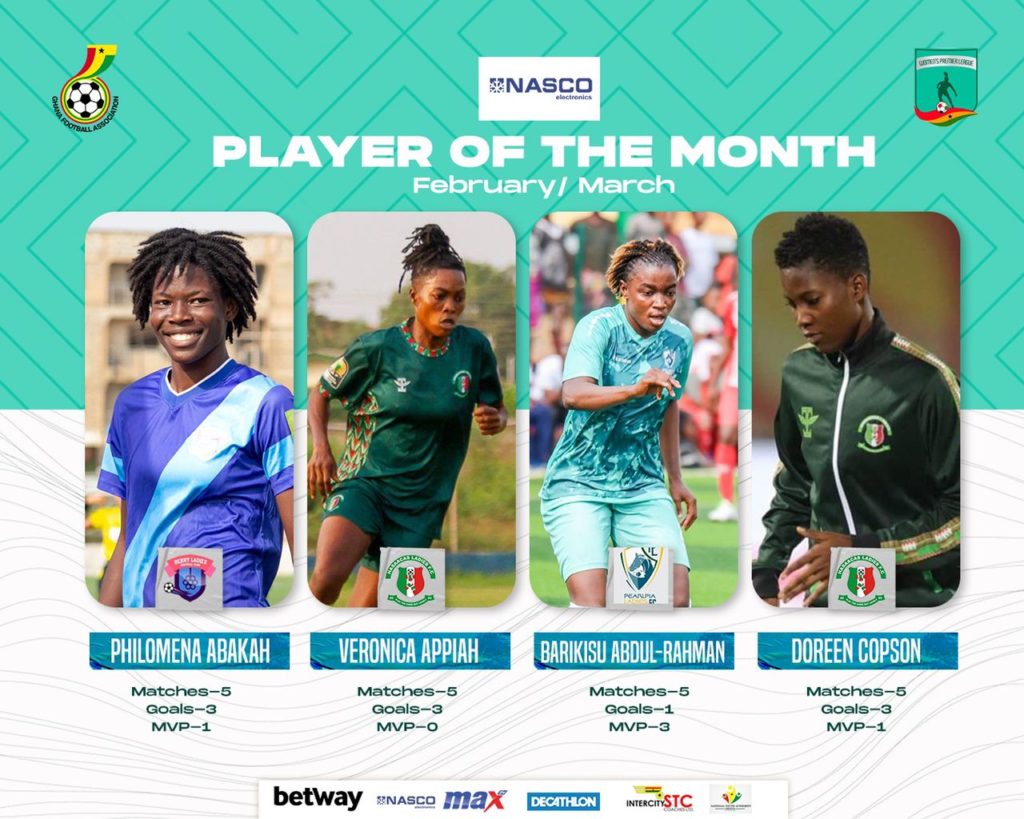 The Ghana Football Association has announced nominees for the NASCO player of the month for February and March in the Women's Premier League from both the Northern and Southern zones.

Four players from across the Northern and Southern Zones of the Women’s Premier league have been selected to compete for the award.

Pearlpia Ladies’ Barikisu Abdul-Rahman who recently return from injury has featured in all five matches, meted out some incredible performances which has earn her the NASCO player of the Month three times on a roll. She also has a goal to her credit.

Hasaacas Ladies’ Doreen Copson has featured in all five matches played in the Months February and March and recorded three goals. She also won the NASCO Player of the Match once.

Veronica Appiah of Hasaacas Ladies has shot herself to prominence featuring in all five matches, currently leading the top scorers chart with eight goals but has three goals in the period under review.

Berry Ladies’s Philomena Abakah has been exceptional in the last five matches, scoring three goals and winning the NASCO Player of the Match once in the process.

Winner of the player of the month will take home a 32inch NASCO Television set and a trophy.