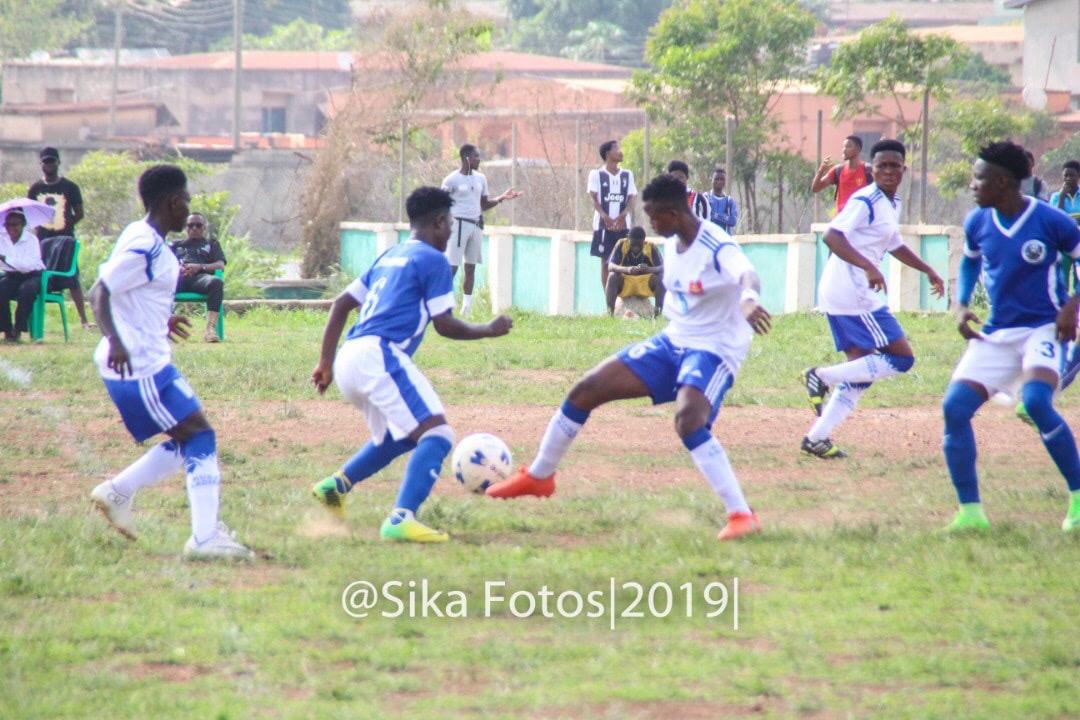 After weeks of the competitive football and beautiful display of football that saw many talented players exhibit great skills, four teams have qualified to the semifinal of on going Normalization Committee Women's competition.

The cast was confirmed on Thursday after a two-legged ties.

Ampem Darkoa Ladies who were the favorites of many football enthusiasts didn’t disappoint when they clashed with Ashanti Region giants, Kumasi Sports Academy.

Ampem Darkoa Ladies claimed victory in the first leg kind courtesy Black Princesses playmaker,Grace Asantewaa who scored two goals in the 8th and 58th minutes of the game to seal the deal for her side.

Prison Ladies got victory in the 1st leg in Kumasi when dynamic Rita Okyere registered the only goal in the 58th minutes.

Back at the Army park for the return leg, visitors Fabulous Ladies scored first through Agnes Aduako in the 26th minute to give them hope but Okyere snuffed out the comeback when she hit  target in the 57th  minute before Helena  Obeng made it two in the 86th minute to send Fabulous Ladies packing from the competition

After a 0-0 draw at the Ndoum stadium, Sea Lions were still hopeful of conquering Halifax Ladies in the 2nd leg at the community 8 number 2 park.

Sea Lions’ Elizabeth Owusuaa in the early minutes of the game gave the visitors their first goal.

Captain of Sea Lions, Elizabeth Cobbinah in the 42nd minute scored the assurance goal before the first ended .

The match between Police Ladies and Hasaacas Ladies came on Monday and Thursday.

She registered her name on 12th minutes before Perpetual Agyekum answered in the 34th minute but Ayieyam came back in the 46th and 85th minutes respectively to make it 3-1.

The second was the decider for both sides who were hopeful of booking the golden ticket to the semifinals.

Yussif Basigi and his ladies welcomed the security forces at the Gyandu Park.

Black Maidens player,Milot Pokua gave Hasaacas Ladies the first goal in the 24th minutes before their playmaker,Perpetual Agyekum made it 2-0 in the 86th minute to send the security forces back to Accra in tears.