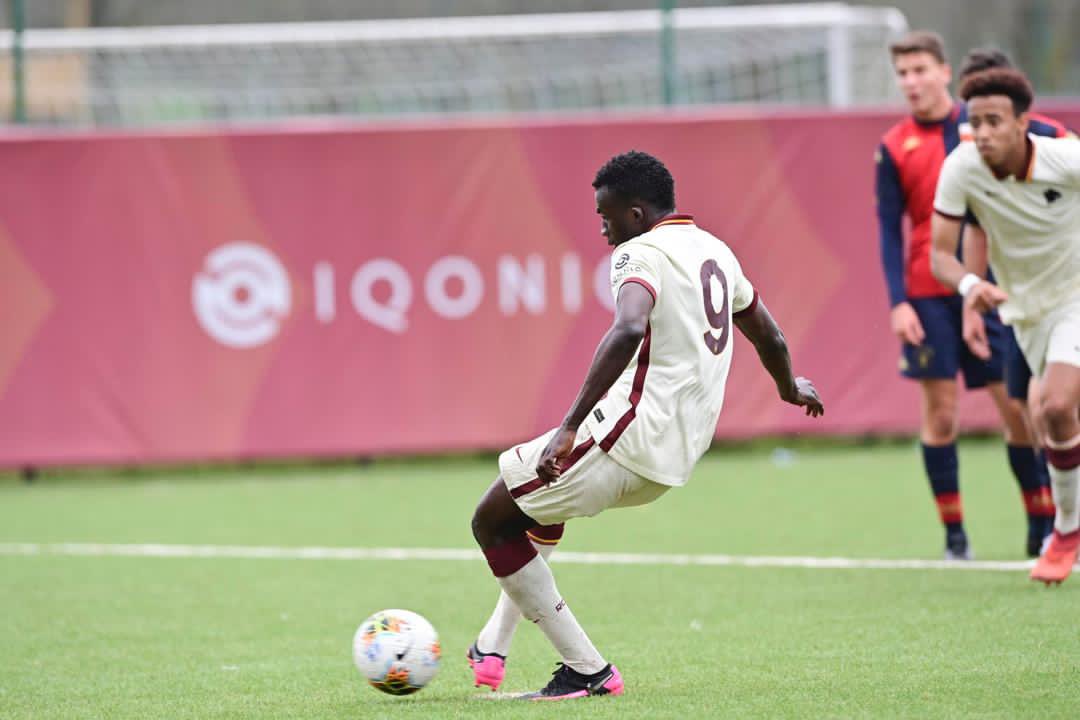 Felix Afena-Gyan scored on his AS Roma debut.

AS Roma new signing Felix Afena-Gyan scored on his debut for AS Roma's U18 side in their 5-0 thumping of Genoa on Sunday morning.

Coach Aniello Parisi handed a starting role to the wonder kid and he lasted 75 minutes on the pitch.

The 18-year-old was making his first appearance for the club since his move from Ghanaian lower division side EuroAfrica was announced on Saturday, 13 March 2021.

Ohen Gyan scored and provided an assist to justify all the talk about his potential.

The Wenchi-born is already turning heads in Roma's youth side as his performance has earned him a quickly call-up to the Primavera.

Off the mark!!!@ASRomaEN new boy Felix Ohene Gyan scored on his debut for AS Roma Primavera as they hammered Genoa 5-0. Grand entry of a champion 💪🏾💪🏾#Roma #Primavera #SerieA #Ghana pic.twitter.com/OngbfGxqjC