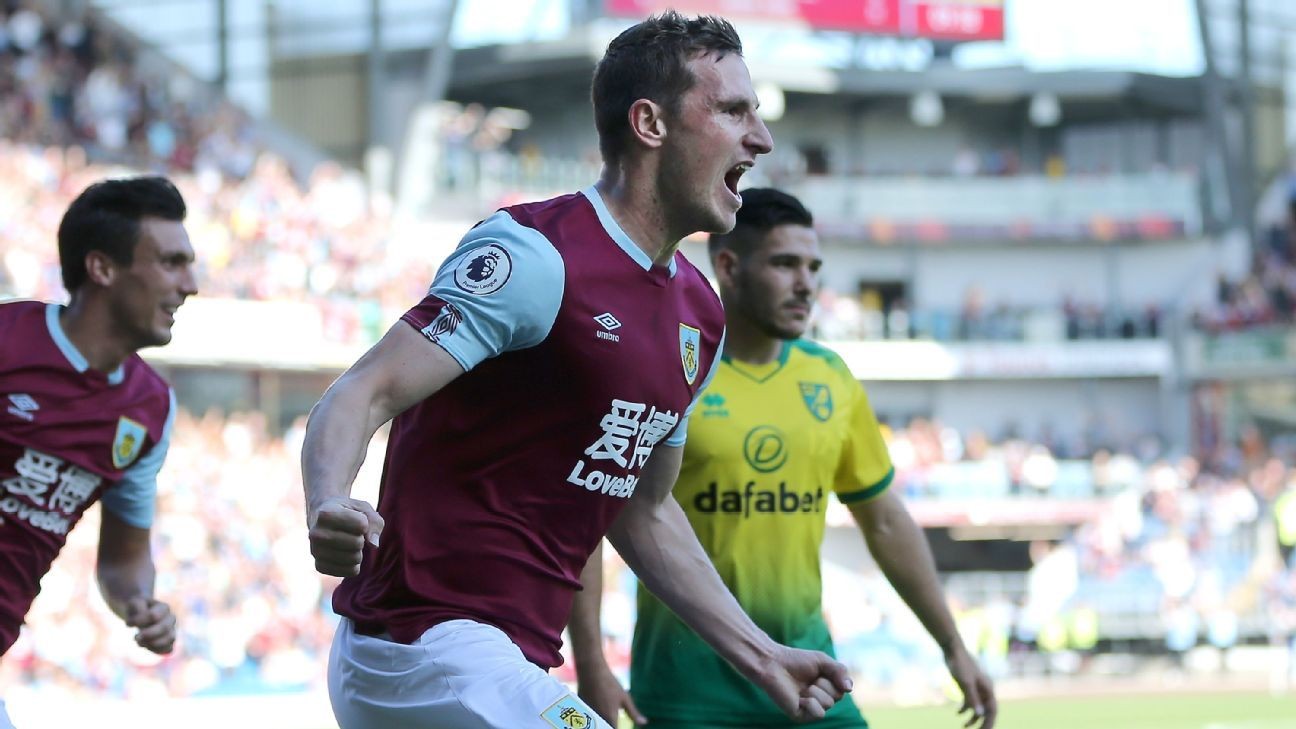 Burnley striker Chris Wood scored a superb first-half brace to help them outclass promoted Norwich City 2-0 at Turf Moor on Saturday and return to winning ways in the Premier League.

The result snapped Burnley's winless run of four games since they beat Southampton 3-0 on the opening day of the campaign and gave Daniel Farke's Norwich a reality check following their 3-2 upset of champions Manchester City last weekend.

Wood put Burnley ahead in the 10th minute with his first league goal since April, guiding his header past Norwich goalkeeper Tim Krul at point-blank range after Ashley Westwood whipped in a perfect ball from the corner.

Midfielder Moritz Leitner, who came on in the opening half for the injured Alexander Tettey, had Norwich's best chance of the game in the 23rd minute but his fierce shot from distance only rattled the post with Nick Pope beaten.