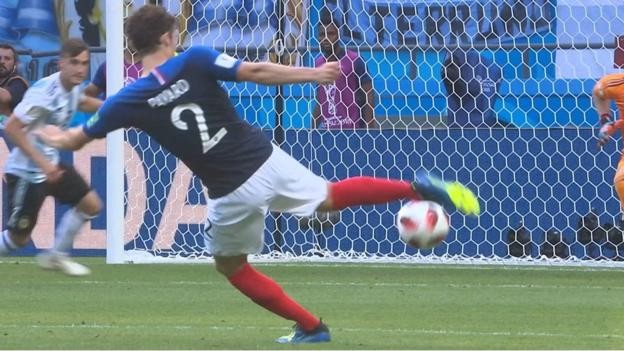 Benjamin Pavard's stunning strike in France's World Cup last-16 victory over Argentina has been voted the best goal of the tournament in Russia.

The defender, who showed superb technique to fire into the top corner, received the most votes cast by three million fans on the Fifa website.

"I didn't even think about it. I just tried to get over it and keep it down," Pavard, 22, said after the game.

France beat Croatia 4-2 in the final to win the trophy for the second time.

Pavard added: "The ball bounced up as it came to me. I was trying to hit it in the direction it came from, which is what the strikers always tell me.

"When the ball went in I just felt so happy."

...and Luka Modric's brilliant long-range strike for Croatia against Argentina was third.