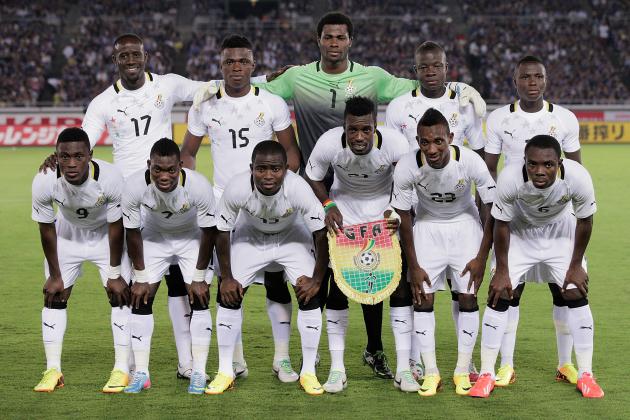 Kwesi Nyantakyi says Ghana will qualify for the 2018 World Cup despite being placed in a tricky qualifying group for the tournament in Russia.

The Ghana Football Association chief added they will play to win all their six matches in the qualifying group to help them secure qualification.

The Black Stars were on Friday drawn in Group E to face the Egypt, Congo and Uganda with the winner of the group clinching a place at the tournament.

Ghana brushed Egypt aside 7-3 on aggregate to qualify for the previous World Cup in Brazil, sparking talk among Black Stars fans that the Pharaohs will be pushovers.

But Egypt have been revived in recent times under coach Hector Cuper who has helped them to reach this stage and also qualify for next year's Africa Cup of Nations tournament in Gabon.

The Black Stars have found Uganda difficult with the Cranes holding the West Africans in Kumasi before beating Ghana in Kampala in the qualifiers for the 2015 Africa Cup of Nations.

Congo have also been difficult in their recent matches but Nyantakyi is confident they will go ahead to clinch the group's sole ticket for Russia.

"We will play each game to win and I’m sure we will qualify to Russia 2018,” Nyantakyi said following the draw held in Cairo on Friday night.

Ghana will open their qualifying campaign in October when they host Uganda before travelling to Cairo the following month to take on Egypt.