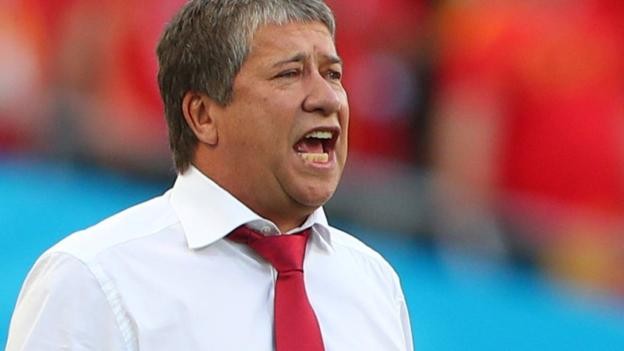 Hernan Dario Gomez has resigned as Panama manager after taking the country to its first World Cup.

Panama finished bottom of Group G after losing every game in Russia, including a 6-1 defeat against England.

Gomez, who led his native Colombia to the 1998 World Cup and Ecuador to the 2002 World Cup, will now become Ecuador's manager again.

"It is time for the difficult act of moving my feet from the place where I have put my heart," he said.

In Russia, Panama conceded 11 goals while scoring just two in matches against Belgium, England and Tunisia.

"Russia 2018 was the beginning, I fulfilled my promise to take Panama to its first football World Cup and that will remain in my heart, and those of all Panamanians, for life," said Gomez, who had been in charge since 2014.