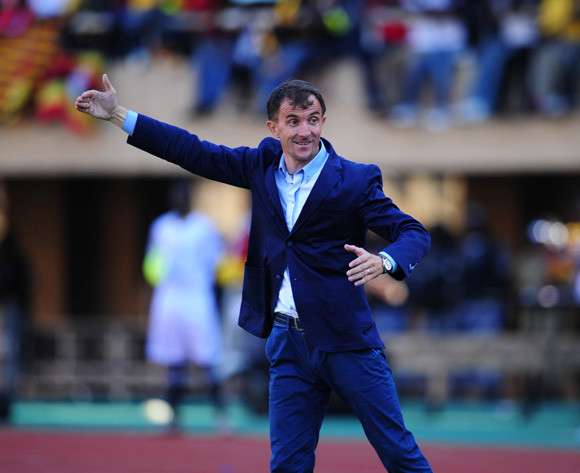 Micho believes his side is in a difficult group where Ghana and Egypt are favorites but with the inspiration from Leicester City, Uganda can top the group.

The Serbian trainer who has been on the African continent for close to 17 years argues that Leicester City were never tipped to win the EPL but they won it.

And his side will draw inspiration from that.

In an exclusive interview with GHANAsoccernet.com Micho said “It is a very tough group. We have two heavyweights; Ghana and Egypt but we will do our best.

“We will take inspiration from Leicester City and Northern Ireland to qualify from the group.

“We are proud to be the only East African country to be amongst the top 20 teams on the continent.

“Congo is carved in our (Uganda) shape with only Ghana and Egypt posing a problem but we will shock all like Leicester City,” he added.

The Cranes of Uganda were drawn in Group E with the Black Stars of Ghana, the Pharaohs of Egypt and the Red Devils of Congo.