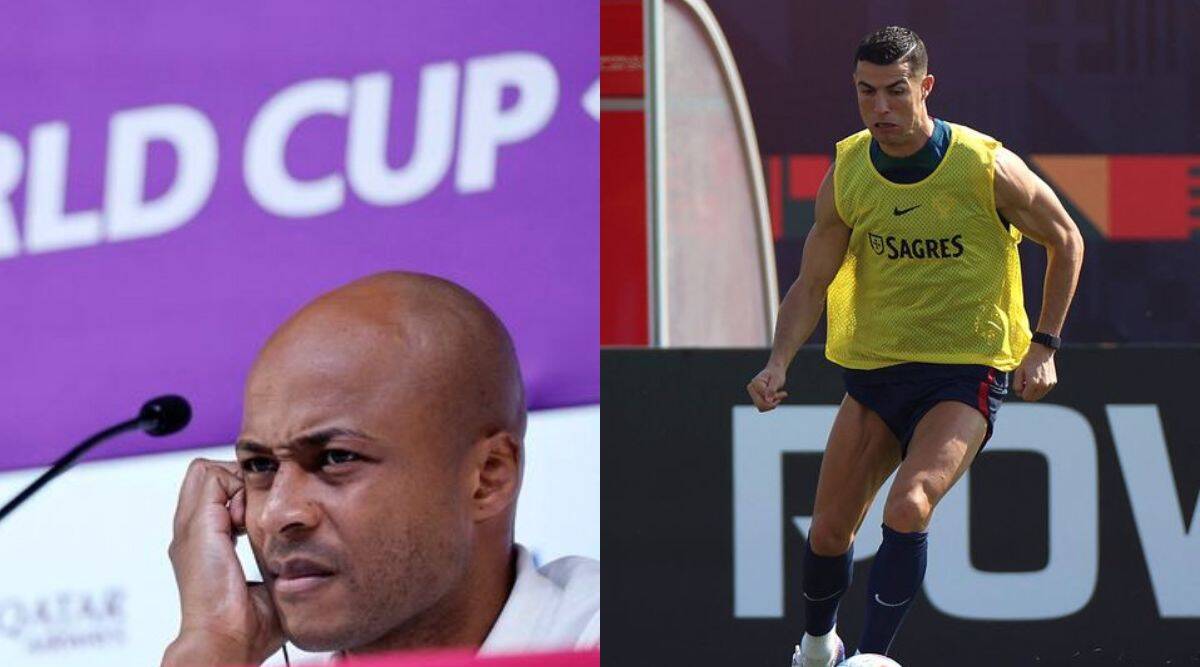 Ronaldo and Manchester United parted ways on Tuesday to mark an end to the player's two spells at Old Trafford.

The messy exit, which was confirmed by the English giants two days before Portugal take on Ghana in a crucial World Cup opening match, appears to have overshadowed the hugely anticipated clash.

But Ghana captain Andre Ayew is refusing to be believe Ronaldo's exit will serve as a distraction for Portugal, insisting it will have no bearing on the match.

“It is not our problem what is happening within the Portuguese team,” the 32-year-old told reporters on Wednesday. “They are all great professionals playing at top teams and they will be ready for the World Cup, whatever else is happening.”

Tunisia and Morocco have already managed to hold more fancied European opposition at this World Cup and Ayew said there was no reason why Ghana can’t do the same or even better.

“We go into this game with Portugal’s favorites on paper. But we have to show that it is more important what happens on the pitch. We are playing a big side with top players, but we believe in ourselves and will make it very difficult for them,” he said.

“When you are playing the first game of a tournament it is never the decisive one. Whatever happens, you still have a chance to go through.

“The first game is one where you can go for it and be brave. It would be a great bonus for us to get something (from the match).”

Andre and his younger brother Jordan are the only surviving members of the Ghana team that lost 2-1 against Portugal in the 2014 FIFA World Cup in Brazil with Ronaldo scoring with 10 minutes left on the clock.

The two nations go at each other again at the Stadium 974 on Thursday night.