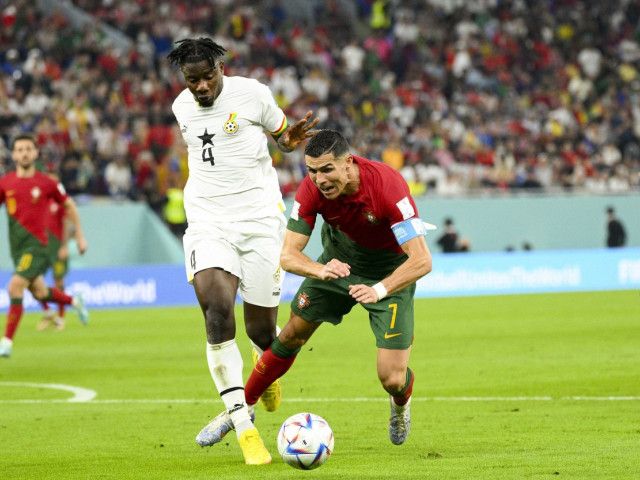 Portugal claimed a 3-2 victory over the Black Stars in a game which was full drama and entertainment at the Stadium 974 in Doha.

The penalty decision has since attracted a lot of comments from football connoisseurs and former referees who think the the penalty shouldn't have stood.

Sutton says the former Real Madrid star has a set a 'terrible example for young kids everywhere' because of his 'cheating' to win the penalty as quoted by Daily Mail.

Ronaldo elected himself to convert the penalty before two more goals were added by Joao Felix and substitute Rafael Leao to complete the victory in the Group H opener of the World Cup.

Ghana head coach Otto Addo was outraged by Elfath's decision to give the penalty to the Seleçao as he expressed during the post-match conference.

"If somebody scores a goal, congratulations. But this was really a gift. Really a gift. What more can I say? [It was] a special gift from the referee," Addo said