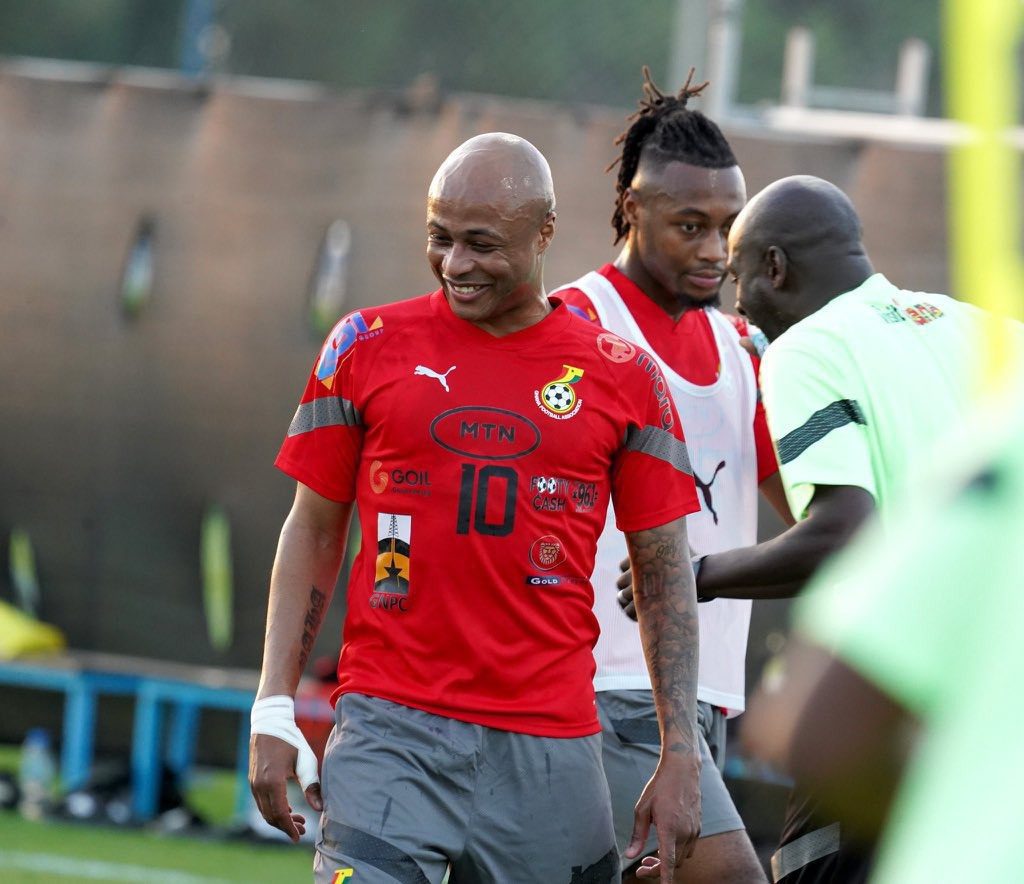 Photos and videos from Abu Dhabi show a happy Andre Ayew who is getting ready for the tournament in Qatar.

The 32-year-old can be seen laughing with teammates and officials as he enjoys his time in Abu Dhabi, where the Black Stars have been based since Monday, November 14.

That interaction btn @ProsNartehOgum and Andre Ayew, shows a full flow of emotions and mutual respect.

The captain, on the other hand, hasn't lost sight of the main goal and is working hard. According to team sources, Ayew has impressed in two training sessions so far.

A captain and his vice 🇬🇭

This is Ayew's first World Cup as captain, and he hopes to make history with the Black Stars.

Ghana will play Switzerland in a friendly on Thursday, and Ayew is expected to play. If he does, he will set a record.

The Al Sadd man has made 109 appearances for Ghana, a record he shares with Asamoah Gyan, which means playing against Switzerland will make Ayew the undisputed record holder.

The former Ghana U-20 captain, who was the first to arrive in Abu Dhabi, is highly motivated for his 10th tournament with the Black Stars since his debut in 2007.

Ghana are heading into the World Cup as the lowest-ranked team, and experts do not expect them to advance from Group H, which includes Portugal, South Korea, and Uruguay.

However, Ayew has been upbeat in all of his interviews. In a recent one, he stated that the Black Stars have the potential to surprise.

“I believe in the players that we have, I believe in the squad we have, especially if everyone will be there and there are no injuries and we have a full squad. I think we can create surprises, but it's only on that grass that will speak. But we have to accept and respect the fact that we are not favourites,” Ayew said to Al Jazeera.

Ghana begin their World Cup campaign on November 24 against Portugal. They will play South Korea four days later and then conclude the group stage campaign on December 2 against Uruguay.