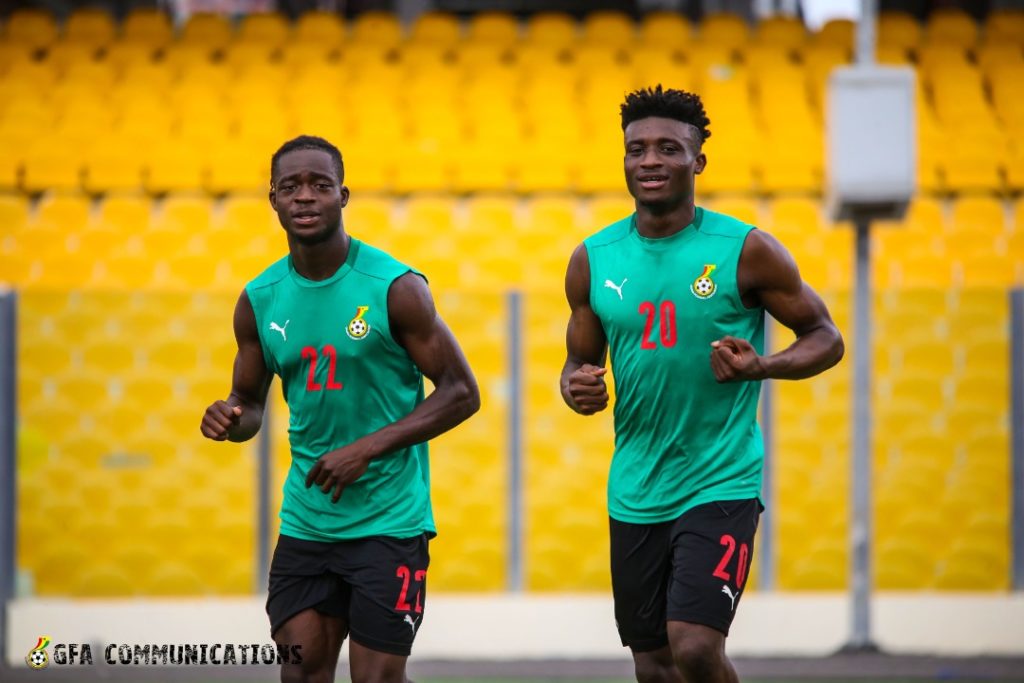 Black Stars on Tuesday started their training camp in Abu Dhabi in preparation for the 2022 World Cup in Qatar.

The team is currently lodged in the capital of the United Arab Emirates for four days where they will play an International friendly against Switzerland at the Baniyas club stadium on Thursday, November 17, 2022.

Twenty-three players of the 26-final squad have reported to camp at the moment with the rest expected to arrive Tuesday afternoon.

Joseph Aidoo, Alexander Djiku and Kamal Deen Sulemana are expected to team up with the rest of the squad on Tuesday.

The Black Stars will train on Tuesday evening in preparation for the friendly against Switzerland on Thursday.

Ghana will play against Portugal, South Korea and Uruguay in the Group stage of the 2022 FIFA World Cup which kicks off on Sunday, November 20, 2022.