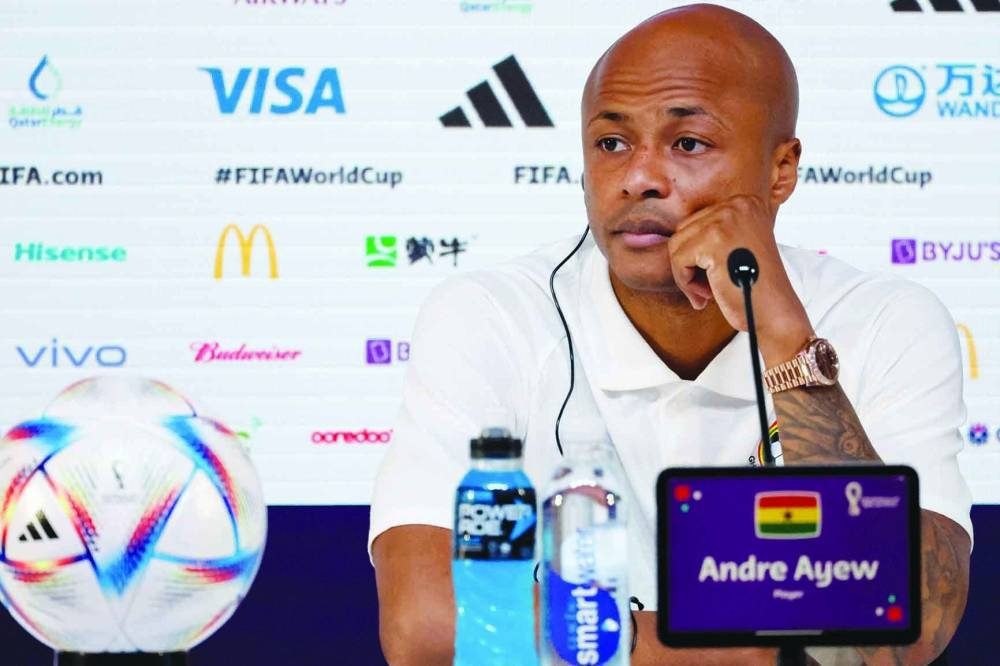 Ghana captain Andre Ayew is urging his teammates to be 'brave' against favourites Portugal as the two nations clash in their World Cup group opener in Doha tonight.

The Black Stars are poised to make history as they take on the European heavyweights at the Stadium 974 on Thursday night.

Ghana lost to Portugal 2-1 in their last meeting on the global stage during the country's wrecked 2014 World Cup campaign in Brazil.

Portugal are considered as the huge favourites to top group H but will be wary of the threat posed by the four-time African champions.

But Ghana iconic captain Andre Ayew, who is one of just two survivors from the side that lost to the Europeans eight years ago, is urging his teammates to be brave tonight.

“We go into this game with Portugal’s favorites on paper. But we have to show that it is more important what happens on the pitch. We are playing a big side with top players, but we believe in ourselves and will make it very difficult for them,” he said.

“When you are playing the first game of a tournament it is never the decisive one. Whatever happens, you still have a chance to go through.

“The first game is one where you can go for it and be brave. It would be a great bonus for us to get something (from the match).”