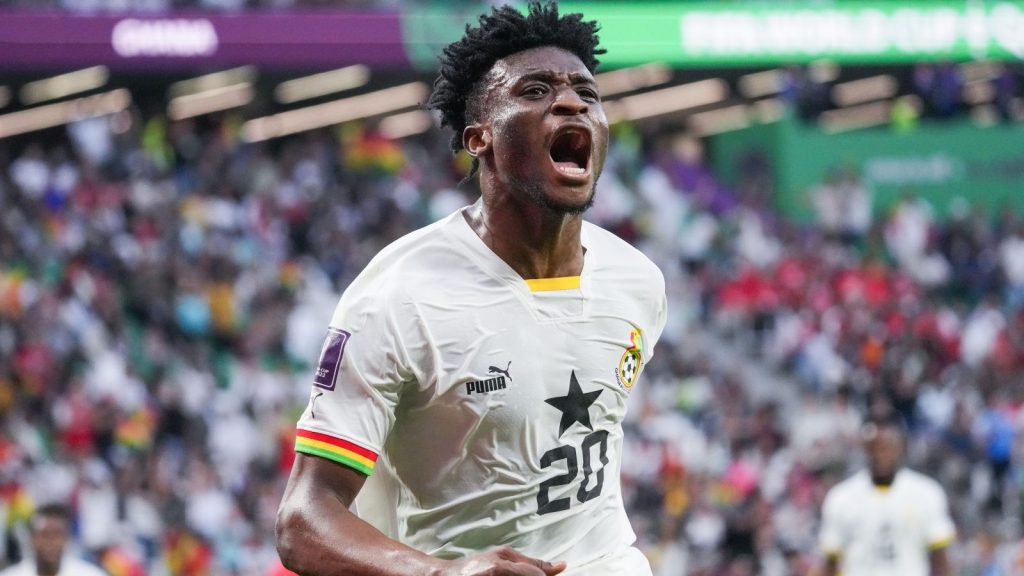 Ghana head coach Otto Addo and the backroom staff are very delighted with the performance of star midfielder Mohammed Kudus at the World Cup in Qatar.

The Ajax star has been in blistering form for the Black Stars since the beginning of the tournament having scored twice and assisted another.

The 22-year-old was also named man of the match in Ghana's 3-2 victory over South Korea last Monday at the Education City Stadium in Al Rayyan.

Kudus scored two goals in that game to ensure the Black Stars get their first win at the World Cup since 2010.

"Surely it always depends on his position and we try to prepare him for his defensive task but also offensive task, against South Korea he started a little bit more defensive on the right side and he has the freedom to come in the midfield and do his game and offensive wise we try to give him the confidence to do what he thinks is right." Addo told ghanafa.org

"Surely, he has an eye for his team mates but also if he has space and he can dribble then he should do it, it’s a big strength of him to go one on one, he has a great shot as well so we encourage him to do it.

"Surely there is always room for improvement but so far, we are very, very happy with his performance." he added.

Kudus who made his senior debut for Ghana in November 2019, has played 20 times and scored 11 goals for the Black Stars.