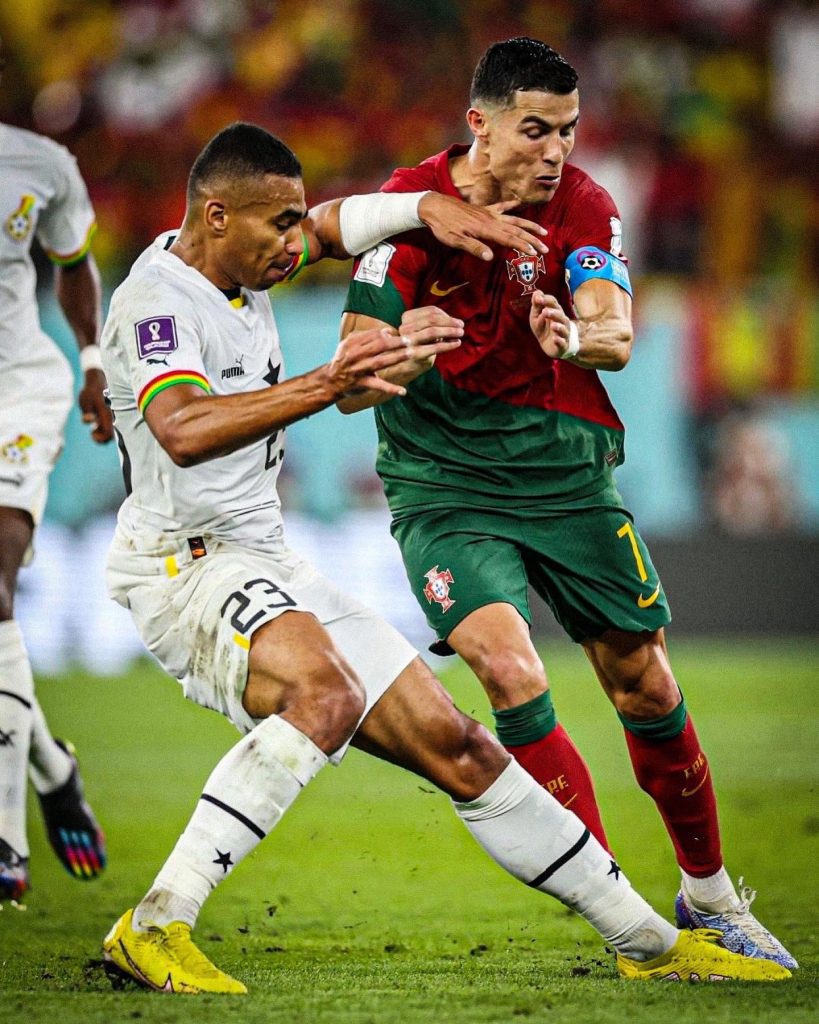 Ghana defender Alexander Djiku has backed the Black Stars to bounce back after their Group H opener defeat to Portugal.

The Black Stars lost controversially to the 2016 European champions at the stadium 974 in Qatar on Thursday night.

Second half goals from Cristiano Ronaldo, Joao Felix and Rafael Leao propelled Portugal to a 3-2 victory. Andre Ayew and Osman Bukari got the consolation for Ghana.

"The fight is not over yet. We've shown that we never give. Thank you for your support. See you on Monday," he posted on Twitter after the game.

Ghana will next face Asian gaints South Korea before completing their group with a clash against Uruguay on December 2.

Djiku is expected to play a key role in the next two group games after a solid display against Portugal last night.

Ghana is hoping to reaching the final four of the World Cup for the first time after making it out of their group from three tournaments.