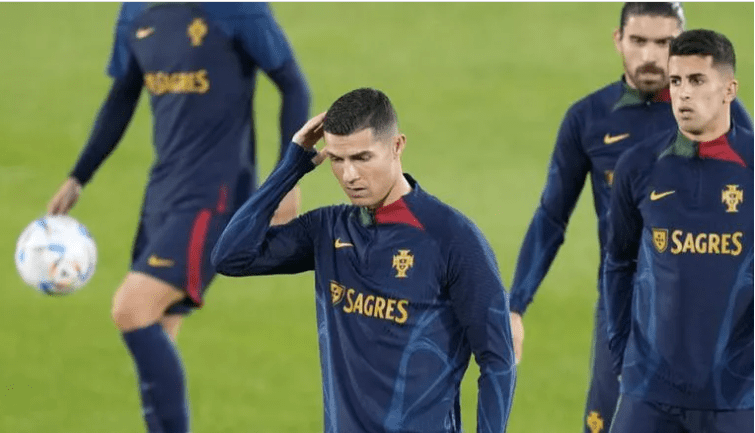 Football pundits often talk about a group of death, and with Group H stacked with top teams, this appears to be the one at the Qatar 2022 World Cup.

Captained by Cristiano Ronaldo, who now appears to have burnt his bridges at Manchester United, the Portuguese will be determined to build on their 2019 Uefa Nations League success.

Four years ago in Russia, Portugal were eliminated by Uruguay in the last-16 and the group stage rematch on November 28 at Al Janoub Stadium promises to produce fireworks.

Portugal have a wealth of talented players across the final, middle and front third. Defenders Ruben Dias and Joao Cancelo, both of Manchester City’s parish, bring steel to the backline, while Bruno Fernandes is the link man in midfield.

Manager Fernando Santos has plenty of midfield options at his disposal to compliment the talented Fernandes, who has grown in stature since joining Manchester United. Wolves’ Ruben Neves has morphed into a dependable performer and in William Carvalho they have a player capable of doing the dirty work and screening the backline.

Ronaldo has brought unwanted attention on himself and his squad by making his troubles at Manchester United public with an explosive interview with Piers Morgan on TalkTV..

The African representatives in the group have a tough assignment against Portugal to begin their campaign, but their clash against Uruguay on December 1 will be at the back of their minds.

Luis Suarez’s hand ball on the goal line at the 2010 Fifa World Cup, which led to their painful quarterfinal exit, still carries scars for the Ghanians and they will be intent on exacting revenge. Interim manager Otto Addo, who only took charge in February, will ask his players to play with fire in their hearts and ice in their veins.

Thomas Partey, the fulcrum of the side, has emerged as a powerhouse midfielder for club and country. Inaki Williams, whose brother Nico is also at the tournament, albeit playing for Spain, is another exciting player who could help the Black Stars soar in a very challenging group. The Ayew brothers, Andre and Jordan, will also be intent on building their family legacy by guiding an African nation to a first semifinal.

The 2010 World Cup semi-finalists may have a new coach in Diego Alonso, who took over from Oscar Tabarez in 2021, but the familiar playing cast remains. La Celeste have a plethora of experienced campaigners to call upon, but it’s an ageing squad that seems in need of fresh blood.

The spine of the side that exited 2-1 in the quarterfinals to eventual champions France in Russia in 2018 remains including goalkeeper Fernando Muslera, centreback Diego Godin, midfielder Lucas Torreira and striker Luis Suarez. Those are names roll off the tongue but the question is whether they still have the verve and vigour.

Introducing talented young players such as defender Ronald Araujo and midfielder Rodrigo Bentancur could give Uruguay the impetus they need to go deep.

Led by former Portugal manager Paulo Bento, South Korea’s clash with Portugal on December 2 will be an extra-spicy affair. Bento, who took over in 2018, guided the Taegeuk Warriors to their 10th World Cup final.

Tottenham Hotspur’s Son Heung-min is the poster boy for this team, but almost didn’t make it to the Middle East. He suffered a fractured eye socket this month while playing in the Uefa Champions League.

The prolific 30-year-old striker is the glue that binds the side, but there are other protagonists who could play key roles in South Korea’s quest to advance beyond the group stage for the first time since 2010.