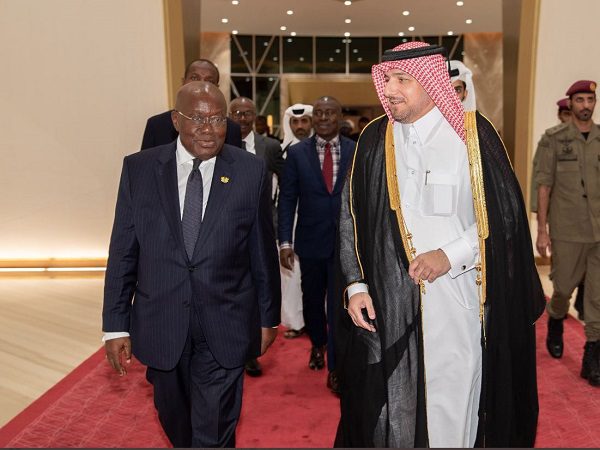 Ghana’s President Nana Akufo-Addo has arrived in Qatar to watch the Black Stars game against Portugal on Thursday.

The Black Stars begin their World Cup campaign in Group H against Portugal at the Stadium 974 in Doha.

President Akufo-Addo was on board a Qatar Airways flight together with supporters which left Accra on Wednesday evening.

President Akufo-Addo and his accompanying delegation were received upon arrival at Hamad International Airport by the Director of the Protocol Department of the Ministry of Foreign Affairs of Qatar, H E Ibrahim bin Yousif Fakhro and the Ambassador of Ghana to Qatar Mohamed H E Noureddine Ismail.

His arrival will serve as a major boost to the team ahead of the game against Portugal on Thursday evening.

Ghana will later take on South Korea in the second group game before a renewal of rivalry between Uruguay in the final game on December 2.