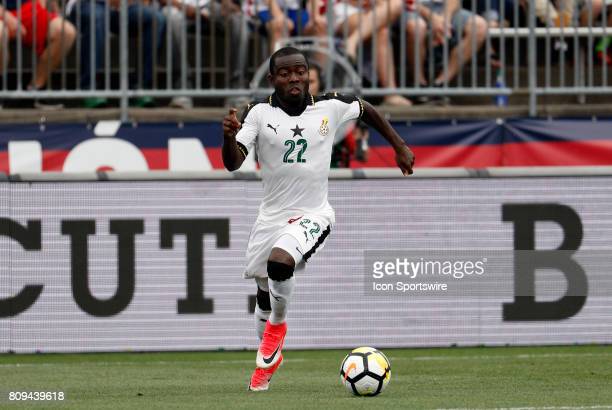 Ghana winger Frank Acheampong has sent a goodwill message to the Black Stars ahead of their opening game at the World Cup against Portugal.

Acheampong, who plies his trade in China, took to social media to inspire the team in Qatar despite missing out of the squad.

"Wishing the Black Stars of Ghana the very best as they begin another global football campaign today. Those that train hard are hard to beat, and you’ve clearly put in an extraordinary amount of effort at this stage. Go and make the nation Proud! Go Ghana Go Black Stars!!," he wrote.

Acheampong was a member of the Black Stars team that reached the final of the 2015 Africa Cup of Nations.

Meanwhile, the Black Stars are making a return to the World Cup after edging rivals Nigeria in the playoffs earlier this year.

Ghana has huge reputation at the tournament, having twice made it out of their group in only three appearances.

The West African nation are one of three countries on the continent to reach the quarterfinals of the World Cup.

Ghana's last game at the World Cup was against Portugal, a match they lost 2-1, courtesy a Cristiano Ronaldo winner.