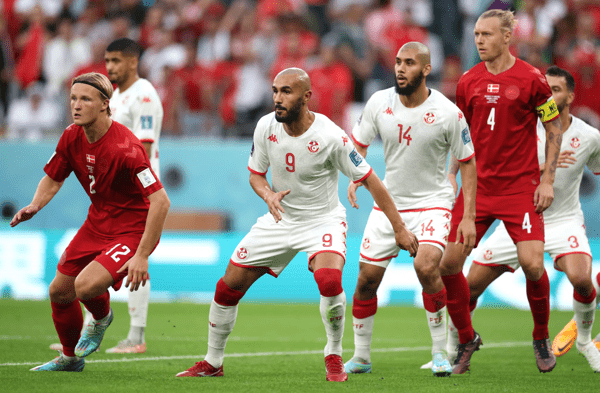 Tunisia will fancy their chances to proceed to the knockout round of the World Cup when they tackle Australia at the Al Janoub Stadium in Al Wakrah on Saturday.

The Carthage Eagles produced one of their best performances in the tournament's history as they held Denmark to goalless draw in their first group match.

Tunisia have never gone beyond the group stages in the World Cup and a win over the Socceroos could brighten their chances this time.

Tunisia's last game in the group will be against France next Wednesday, so their chances of qualifying for the knockout round could largely hinge on their result against Australia.

The performance against the Danes will certainly serve as a springboard for the Tunisians going into this game.

Australia will surely be looking to bounce back from their trouncing to France in their first group match last Tuesday which leaves them in a tight position.

Australia have managed to register a single victory in their last World Cup participations, they aim at getting another win against Tunisia on Saturday afternoon.

The last time the Socceroos advanced from the group stage to the next round at the World Cup was in 2006 where they finished second behind Brazil in their group.