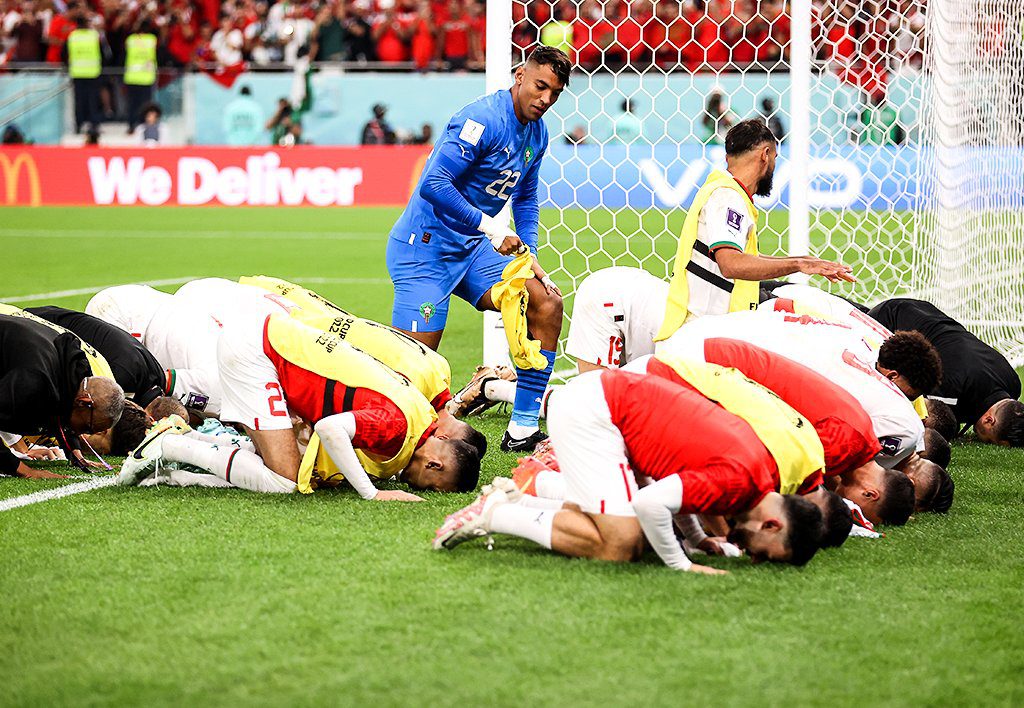 Morocco sealed their qualification to the next round of the World Cup in Qatar on Thursday evening after easing past whipping boys Canada at the Al Thumama Stadium in Doha.

Hakim Ziyech and Youssef En-Nesyri scored a goal in the first half to ensure the Atlas Lions finish top of Group F and with an undefeated run.

The victory on Thursday also ensured Morocco break a 36-year-old jinx as they progress to knockout stage of the World Cup for the first time since 1986.

The North Africans were up and running as early as the fourth minute after Chelsea winger Ziyech scored to put them in the driving seat.

Ziyech benefitted from a goalkeeping error having intercepted a poor pass and hitting a first time effort to get the ball behind the net.

Canada got their consolation before the halftime break after central defender Nayef Aguerd sent the ball past his own goalkeeper.

Morocco held on to their first half advantage to earn the victory as they also preserved their unbeaten streak since Walid Regragui took over as head coach.

The Atlas Lions won the group with 7 points, followed by Croatia with 5 points before Belgium who got 4 points and Canada finished with zero.