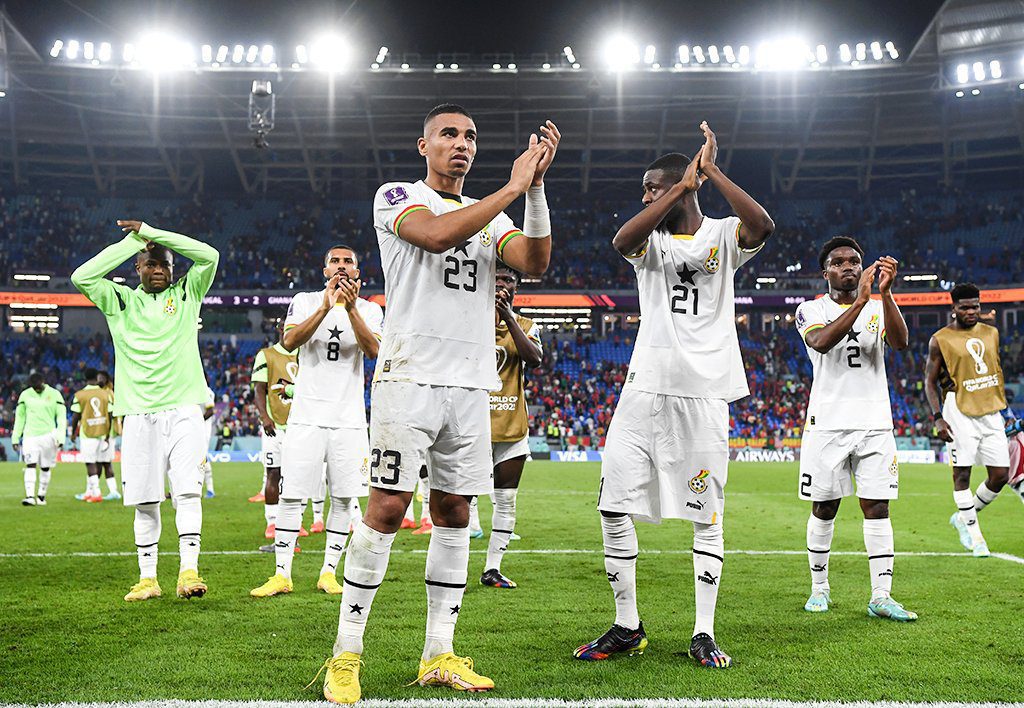 Ghana will definitely go all out when they take on South Korea in their second Group H match at the World Cup in Qatar on Monday in a tricky encounter at the Education City Stadium in Al Rayyan.

The Black Stars suffered a 3-2 painful loss to Portugal in the first match last Thursday with Cristiano Ronaldo converting a controversial penalty which has dominated headlines ever since.

Ghana will have to break down a very solid defence of the Korean side to be able to get a result that will keep their knockout round hopes much alive.

The Black Stars have only failed to pass the group stage test once in the 2014 edition in Brazil, the other two World Cup appearances saw them go past the groups to the next round in 2006 and 2010 respectively.

The fourth African champions could be saying bye-bye to the tournament in Qatar if they suffer a defeat to the Taeguk Warriors on Monday evening.

Mohammed Kudus is expected to come to the party should things tilt to Ghana's way against the Koreans.

South Korea shared the spoils with Uruguay in their opening group game last Thursday after playing out a goalless draw which produced no shot on target.

Not the start the Taeguk Warriors were wishing for, coach Paulo Bento praised his side's defensive ethics and the team's performance generally.

Korea are aware of the challenge ahead of them, they need a win against Ghana to start thinking of advancing to the next stage as they play against Portugal in their last group match.

The Taeguk Warriors have made it to the knockout round of the World Cup on only two occasions, 2002 as a co-hosts and in 2010 in South Africa.

Korea and Ghana have four wins apiece and a draw in their head-to-head meetings in all competitions. The last meeting saw Ghana thump the Koreans 4-0 in June 2014.