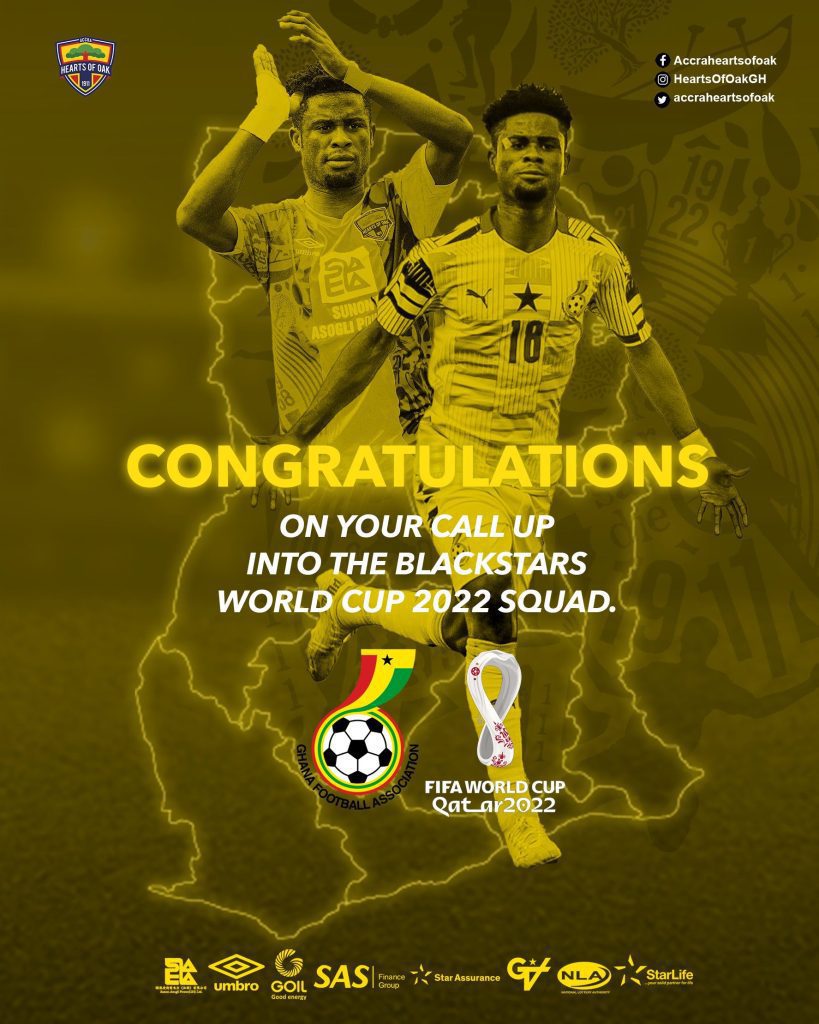 Hearts of Oak have released a fantastic video of their players celebrating the selection of forward Daniel Afriyie Barnieh to the Black Stars squad for the 2022 World Cup in Qatar.

The video shows Hearts of Oak players gathered around a seated Barnieh as he watches Black Stars coach Otto Addo announce his squad. The entire group began to rejoice when Barnieh's name was mentioned.

Barnieh was named as one of the Black Stars' attackers for the tournament, and has joined the team's camp in Abu Dhabi ahead of the tournament that starts on November 20.

Barnieh, a member of the Ghana U20 squad that won the Mauritania Africa Cup of Nations in 2021, has been one of the best players in the Ghana Premier League in recent years.

He was drafted into the Black Stars after the tournament in Mauritania and has worked hard to earn a spot for his first tournament with the senior national team. He was Black Galaxies' best player as they qualified for the 2023 African Nations Championship.

The 21-year-old has made two appearances for the Black Stars and would be hoping to add to it in Qatar.

Ghana will play Switzerland in their final pre-tournament friendly before the World Cup begins on November 24 against Portugal.

They will play South Korea four days later before concluding their group stage campaign on December 2 against Uruguay.