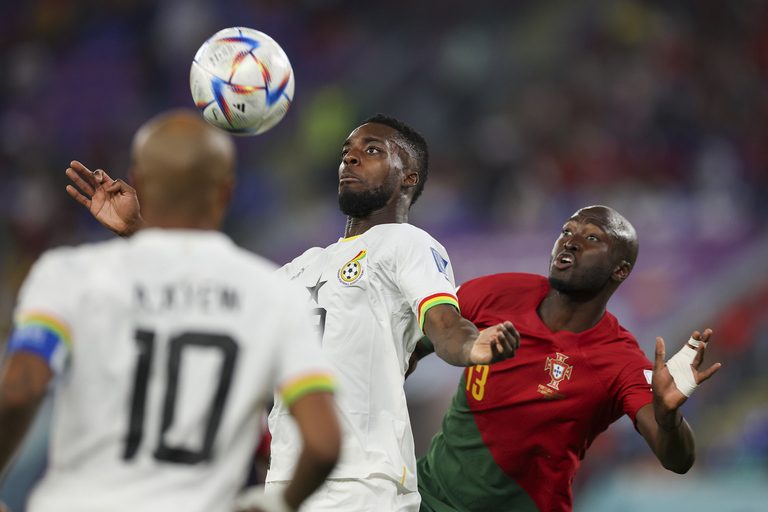 Ghana striker Iñaki Williams has disagreed with the referee's penalty against the Black Stars in their defeat to Portugal in the World Cup Group H opener yesterday.

The Black Stars succumbed to a 3-2 loss to Portugal at the Stadium 974 in Doha in a very entertaining encounter.

American referee Ismail Elfath awarded a 'dubious' penalty to the Seleçao after Southampton defender Mohammed Salisu was adjudged to have fouled Cristiano Ronaldo.

However, the Athletic Bilbao forward thinks otherwise and says the penalty wasn't a legitimate call.

"It doesn't seem like a penalty to me. A player with Ronaldo's hierarchy, if he goes to the ground, it's easier to whistle." Williams said in the mixed zone after the match

Ronaldo scored from the spot to put Portugal ahead in the 65th minute before Andre Ayew drew level moments later.

Joao Felix and substitute Rafael Leao scored in quick succession to give the Portuguese a two-goal advantage ten minutes to full-time.

Osman Bukari who came on as substitute around the 77th minute scored to reduce the deficit a minute from the final whistle.

Portugal lead the group with the win while South Korea and Uruguay follow with a point each.