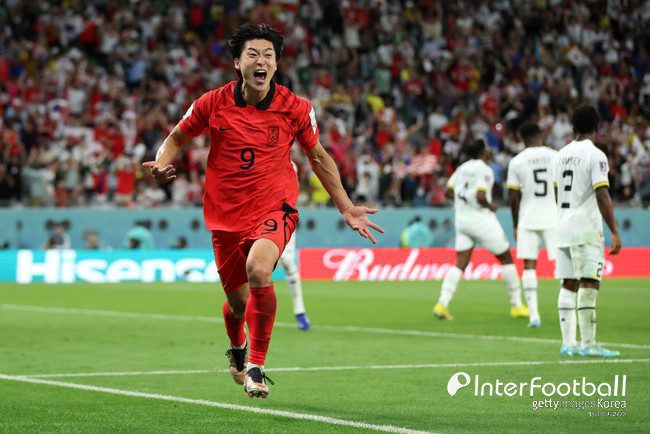 South Korea striker Cho Gue-Sung is not giving up on their chances to advance to the next round of the World Cup following their defeat to Ghana on Monday.

The 23-year-old player became the first Korean player to twice in a single World Cup match when he scored both goals in their 3-2 loss at the Education City Stadium in Al Rayyan.

Gue-Sung apologised to the Korean fans and assured them it's not over yet as they face Portugal in the last Group H game next Friday.

"All the players, and coaches played today thinking it was the last game. I'm so sorry to the fans who support me a lot in Korea. I'm sorry," Gue-Sung said after the match.

"It's not over yet. Korea can advance to the round of 16 depending on the results of the final match against Portugal.

"There is one game left. I will work hard without giving up until the end. If you support me until the end, I will show you my best performance."

After two rounds in Group H, Portugal have booked their place in the Round of 16 whiles Ghana are second on standings followed by Korea and Uruguay in that order.