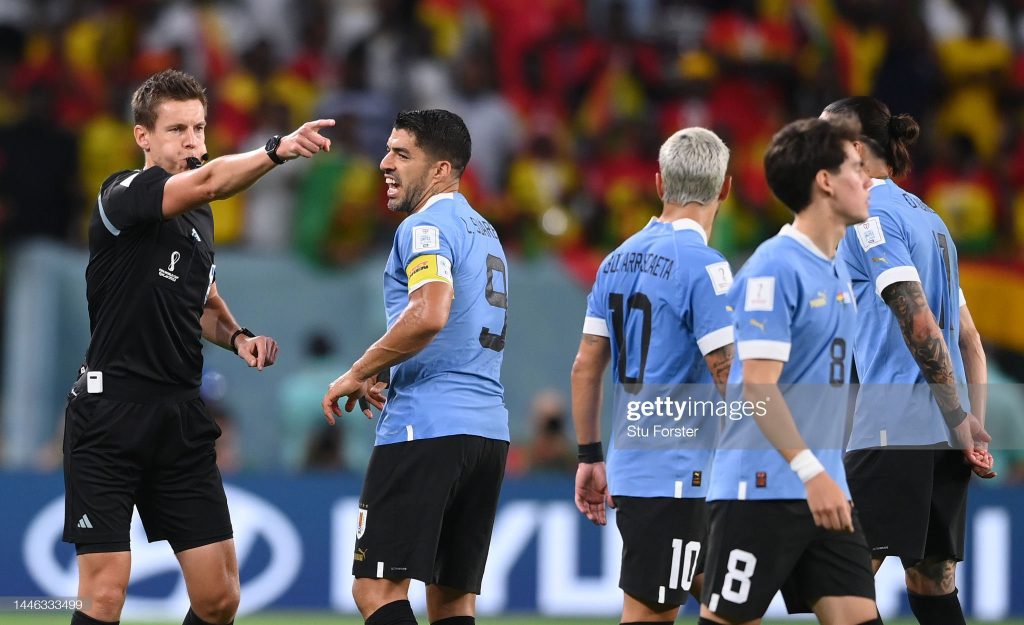 Uruguay forward Luis Suarez has angrily reacted to officiating in the World Cup game against Ghana.

The former Barcelona star inspired the South Americans to victory against the Black Stars but it was not enough as both countries exited the tournament.

Suarez provided the assists for Uruguay's goals in the 2-0 victory and the two-time world champions could have progressed if they had one more goals.

Late into the game second half substitute Edison Cavani felt he should have won a penalty after he was tripped down by Alidu Seidu, but the referee waved play on.

"I feel sadness and disappointment. My son is also leaving the stadium with the image of that sadness, so for a father it is difficult, but he has to face the situation that he has," said the 35-year-old after the game.

"I see a penalty for Cavani because he is cut off by the defender and he puts his body in front of him. Darwin's is very clear too. They are not excuses, but incredible penalties are being awarded in this World Cup. And there is the committee of referees and FIFA, and they have to try to explain themselves better, at least," he added.

The former Barcelona star expressed disappointment at FIFA for not allowing him to see his family after the match.

"I saw a France player with his children on the substitute bench. So why always (is it a problem) against Uruguay? It seems that we have to have another power at the media level to have access to have my children to allow them come down for a second to greet me, but hey, that's FIFA," continued Suarez.