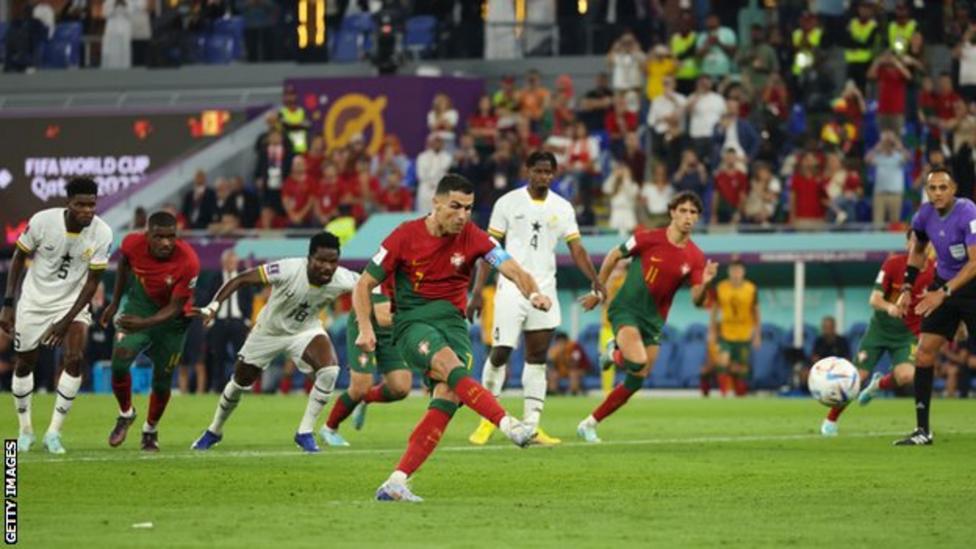 The contentious decision aided the former European champions' 3-2 victory over the Black Stars at Stadium 974.

Portugal dominated possession but had nothing to show for it until Mohammed Salisu was adjudged to have fouled Ronaldo in the box in the 63rd minute.

Although replays showed that Salisu got to the ball first and did not trip Ronaldo, American referee Ismail Elfath insisted without consulting the VAR monitor.

Ronaldo converted the penalty, and after that, both sides scored two goals apiece as Portugal got off to a winning start, leaving Ghana in a difficult position to advance to the knockout stages.

The decision elicited several reactions, including Shearer, who tweeted "No" in response to a BBC Sport question about whether the decision was correct. 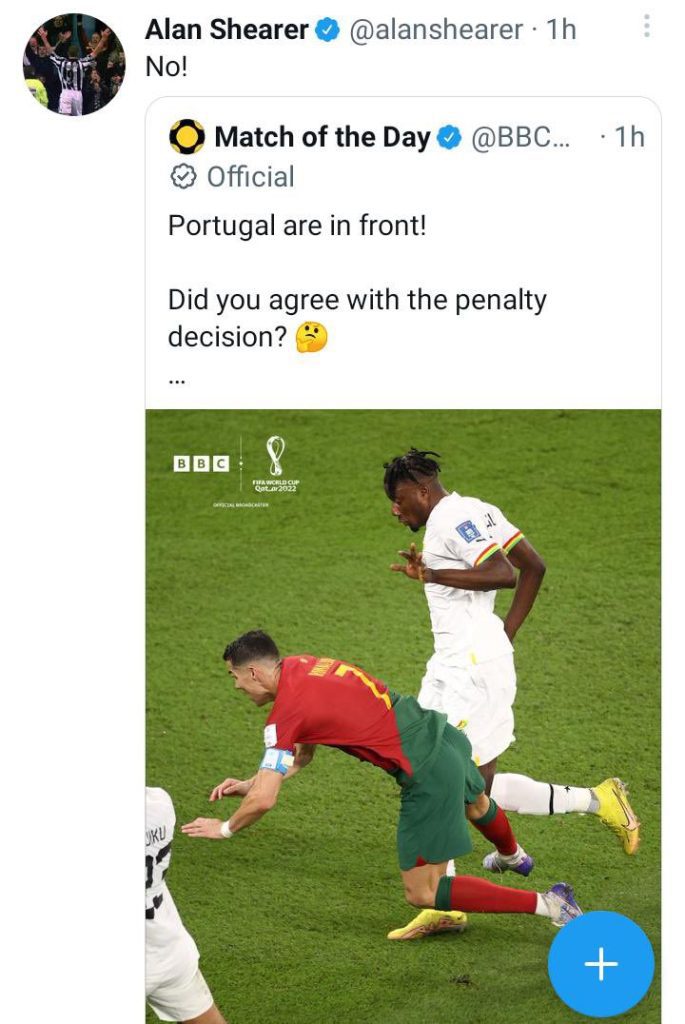 Ghana return to action on Monday against South Korea, who drew 0-0 with Uruguay.