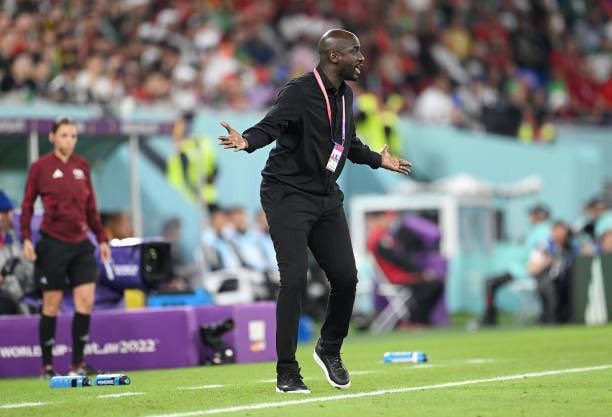 Ghana coach Otto Addo has criticised the penalty decision against the Black Stars in their 2022 World Cup defeat to Portugal on Thursday.

The contentious decision aided the former European champions' 3-2 victory over the Black Stars at Stadium 974.

Portugal dominated possession but had nothing to show for it until Mohammed Salisu was adjudged to have fouled Ronaldo in the box in the 63rd minute.

Although replays showed that Salisu got to the ball first and did not trip Ronaldo, American referee Ismail Elfath insisted without consulting the VAR monitor.

Ronaldo converted the penalty, and after that, both sides scored two goals apiece as Portugal got off to a winning start, leaving Ghana in a difficult position to advance to the knockout stages.

"The referee gave a penalty which was not a penalty. Everyone saw that. Why? Because it's Ronaldo or something?"

“If somebody scores a goal, congratulations. But this was really a gift. A special gift from the referee," Otto Addo said at the post-match press conference.

Ghana return to action on Monday against South Korea, who drew 0-0 with Uruguay.