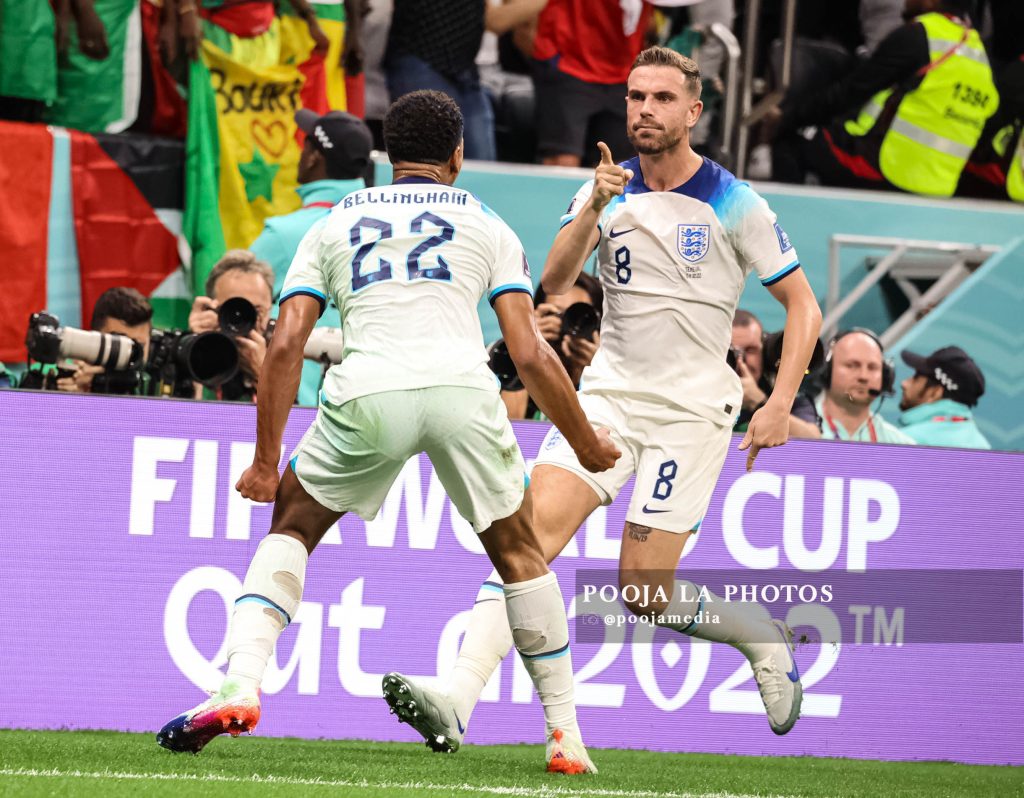 England had a smooth run to progress to the quarter-finals of the World Cup in Qatar after claiming a deserving and comfortable victory over Senegal on Sunday night.

The Three Lions eased past the African champions with a 3-0 win at the Al Bayt Stadium in Al Khor in the fourth of Round of 16 matches of the tournament.

Senegal were the first to get an attempt on target in the match when a rebound fell the way of Ismaila Sarr but his powerful shot went over the bar in the 23rd minute.

The Teranga Lions came close to getting the opening goal moments later but Jordan Pickford pulled off a good save to deny Boulaye Dia following a defence-splitting pass.

England got the breakthrough with their first clear opportunity in the 38th minute after Jude Bellingham found Jordan Henderson inside the box with a cheeky pass.

Henderson made no mistake as his first-time shot beat goalkeeper Edouard Mendy.

Tottenham star and skipper Harry Kane doubled the lead before the break after getting on a through ball by Phil Foden.

Arsenal youngster Bukayo Saka with his third goal of the tournament increased the advantage for the Three Lions after receiving a sweet pass inside the box from Foden.

The Three Lions set a date with defending champions France in the quarter-finals on Saturday, December 10, 2022, at the Al Bayt Stadium in Al Khor.