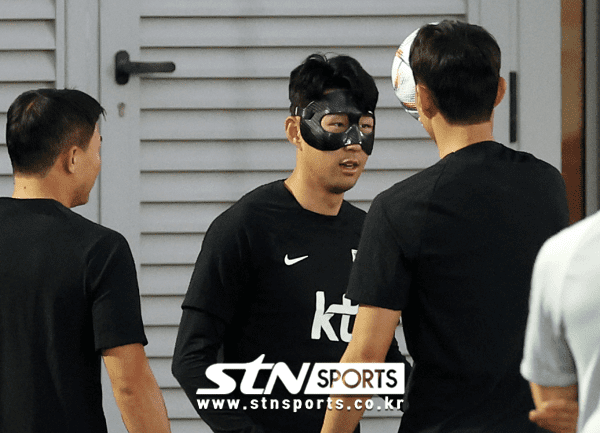 South Korea skipper Son Heung-min could wear the protective gear against Uruguay in their 2022 FIFA World Cup opener against Uruguay on Thursday as he battles to recover completely and fully from a facial injury ahead of the massive showdown.

The Tottenham Hotspur star has been training with his teammates wearing the face mask in a bid to defy nasty facial setback.

After taking a day off, the Asian giants has been focusing on recovery training and preparations for the first match against the South American giants.

The 30-year-old Son Heung-min, who is the superstar of this South Korea team, is determined to play through the discomfort against Uruguay on Thursday.

South Korea will hope for a favourable results against the La Celeste before taking on Ghana in their next match.

Ghana and South Korea will be battling to be the second qualifying team out of the group, with Portugal being the outright favorite.

Despite Ghana's poor ranking, they have a good chance of picking up points against an inconsistent South Korean team who could be missing its best player.