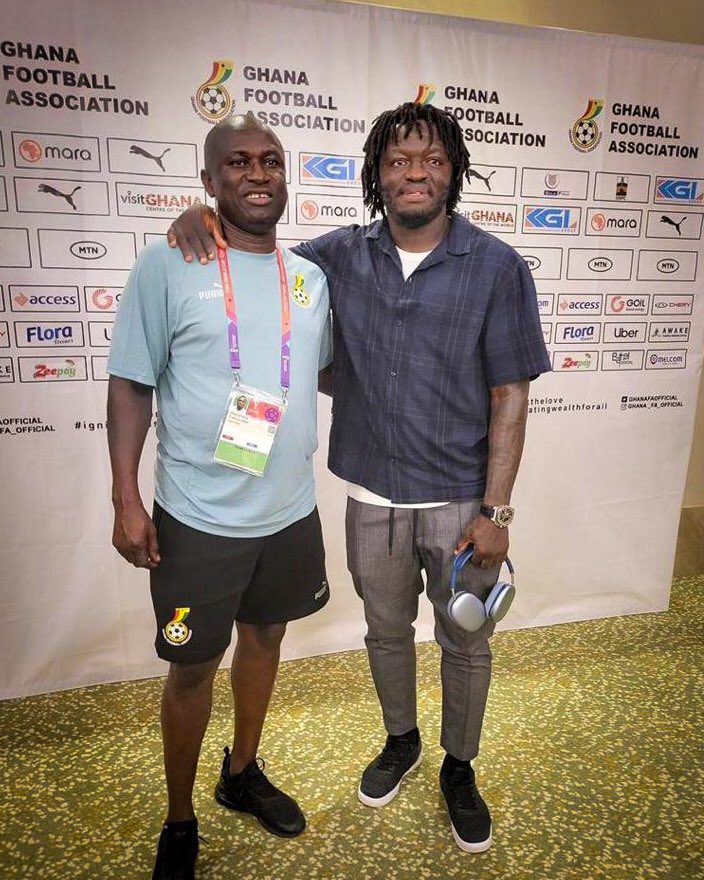 Muntari traveled to the Middle East to offer the heartfelt apology to the former Black Stars management committee member following their fallout in 2014.

Muntari has shown enormous remorse after he launched "an unprovoked physical attack” on the Medeama owner, eight years after the infamous incident highlighted the country's disastrous 2014 FIFA World Cup campaign in Brazil.

The former Inter Milan midfielder flared up and attacked the well respected club owner during a meeting to resolve a appearance fee row.

The chaotic campaign escalated in an extraordinary buildup to their final group match against Portugal - leading to a cash shipment to Brazil to avert the squad’s threatened strike action over unpaid fees.

The FA statement read at the time: “The Ghana Football Association has suspended Sulley Ali Muntari indefinitely from the Black Stars with immediate effect.

“The decision was taken in the wake of his unprovoked physical attack on an Executive Committee member of the GFA and a management member of the Black Stars, Mr Moses Armah on Tuesday 24 June, 2014 during a meeting. Muntari’s accreditation for the 2014 World Cup has been withdrawn with immediate effect.”

The incident dominated major headlines in the powerful West African nation and overshadowed the side's involvement in the disastrous campaign.

However, eight years after the assault incident, the former AC Milan star issued a groveling apology - insisting he's looking for an opportunity to apologise to the Medeama boss.

"I don’t disrespect elders so it will take a lot of things for me to react unfortunately, he was sitting in front of me and things got really bad. Immediately it happened, and I felt really bad,” he told Dan Kwaku Yeboah TV.

"I wasn’t thinking just about him but his daughter, his family, his wife, and all those things. It’s not right for someone to disrespect their father. I’ve looking for him to apologize to him for my behavior at that time but I have not seen him yet.

“I never had the chance to talk to him but I don’t think I had problems with him during the World cup. It was a pile of a lot of things that led to me bursting out. I’m someone who doesn’t talk and when I work, I work really hard."

Muntari who would not want to blame anyone hinted that the players were frustrated with the failure of the FA and government to fulfill the promises they made to the players.

According to him, the players would have been satisfied if the authorities were candid with them instead of playing hide-and-seek with them.

“It’s like you keep on stabbing someone and not let the persons bleed. We sacrificed a lot and this is what we do for a living.

"I’m not saying you shouldn’t get paid but tell us that I’m not giving it to you today, I will give it to you next two days. Next two days, you give it to me but if I come and you say next three days, people are human."

The shameful and unacceptable behavior which the former Al Ittihad man an indefinite suspension from the national team alongside Kevin Prince Boateng who had used vulgar words on then Coach Kwesi Appiah.

But Mr. Armah has insisted he's forgiven the football star, although the two gentlemen are yet to meet to finally smile to the cameras.

The national government sent in excess of $3m in a chartered plane to Brazil to pay the squad following their threat to boycott their final group match against Portugal if they did not receive their money.

Muntari was a key figure for the Black Stars after playing in the 2006 and 2010 World Cups in Germany and South Africa respectively and has not been part of the team after he was sacked from camp during the World Cup in Rio.