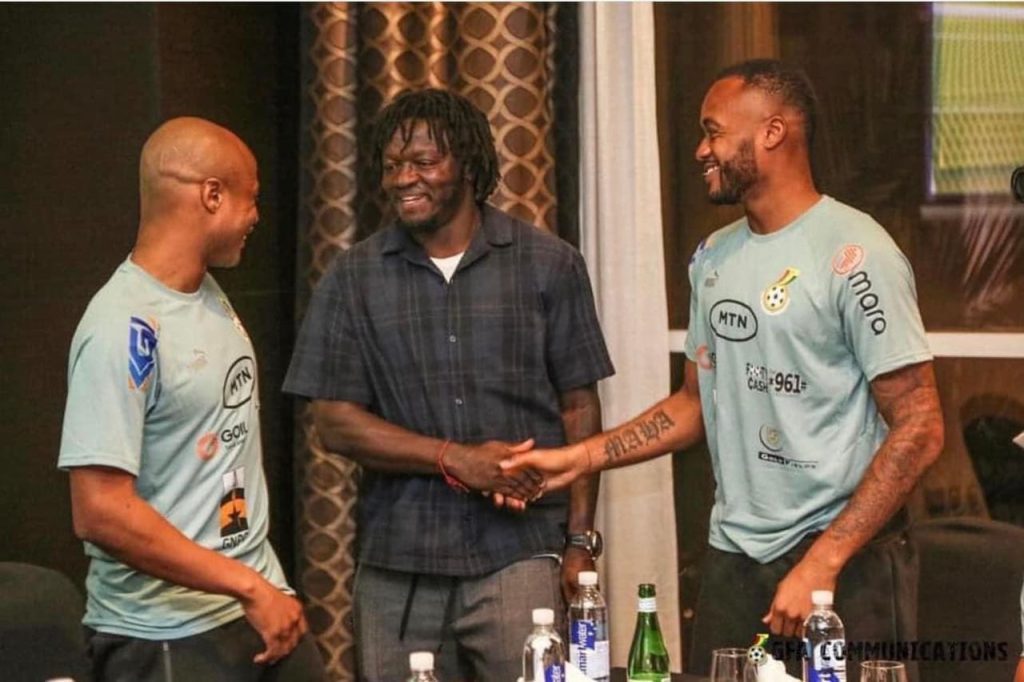 Former Ghana international Sulley Muntari is optimistic about the chances of the Black Stars against Portugal in their opening game of the 2022 FIFA World Cup.

This will be the second meeting between Ghana and Portugal in the World Cup with the first meeting ending 2-1 in favor of the Portuguese side at the 2014 World Cup.

The former Inter Milan midfielder was at the team's camp in Doha, to interact and motivate the players ahead of the big game on Thursday to be played at the Stadium 974.

Muntari, who played in all Ghana's three World Cups from 2006, 2010 and 2014 said the players in camp are up to the challenge and is confident of a positive result.

’They were calm, everybody knows it is a big game tomorrow. They have played many big games in their lives so it’s not new to them playing at this stage’’ he said.

‘’Of course, there is a little bit of pressure going into the match but I am hundred percent sure that they will definitely do well’’ he added.

Ghana is housed in Group H where they first play Portugal, before taking on South Korea three days time and a titanic clash against Uruguay on December 2, 2022.