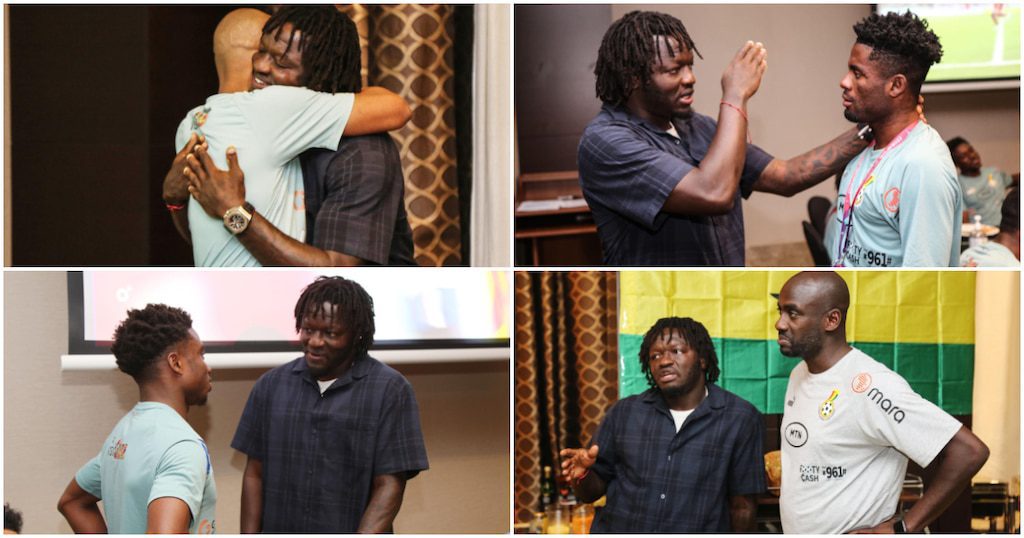 Sulley Muntari is expected to cheer Ghana to victory against Portugal after visiting the team ahead of their opening match on Thursday night.

The 38-year-old has been interacting with players and coaches of the team ahead of the massive showdown against the European heavyweights.

Muntari is among a tall list of star-studded former stars who have thronged the team's hotel in Doha to offer support to the team.

Muntari, who is on the verge of announcing his retirement from football, was a poster boy during his peak days with the Black Stars.

Ghana will take on Portugal on Thursday night at the 974 stadium in Doha.