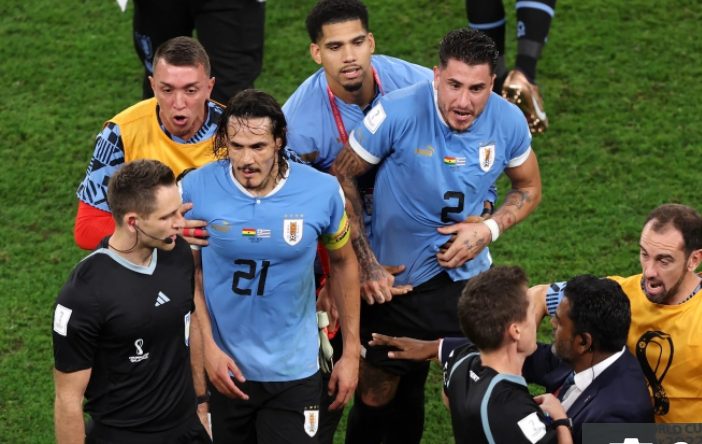 After tiffing with FIFA officials during the 2022 World Cup, Uruguay could receive a 6-month suspension.

Uruguay failed to advance past the group stage of the 2022 World Cup despite fielding a number of top players in the competition.

They drew with South Korea to start their World Cup campaign before accepting a loss to Portugal. However, they defeated Ghana 2-0 in their final group match.

Despite defeating Ghana, Uruguay were unable to advance to the knockout rounds as South Korea beat them to second spot in Group H.

Many of the team's players were displeased with their exit, with Jose Gimenez and Edinson Cavani being the most vocal in their complaints to the officials.

In his outrage over the result, former Manchester United striker Cavani was even seen toppling the VAR monitor.

And according to the Spanish newspaper AS, the punishment for the footballers' violations of articles 11 and 12 could be "the prohibition of carrying out activities related to football for at least six months."

The "Improper conduct of players and officials" is covered in Article 12.

According to the Uruguayan newspaper El Pas, Fifa has until January 9 to make the accusations.

The potential punishment for the players would be anywhere between 10 and 15 games.