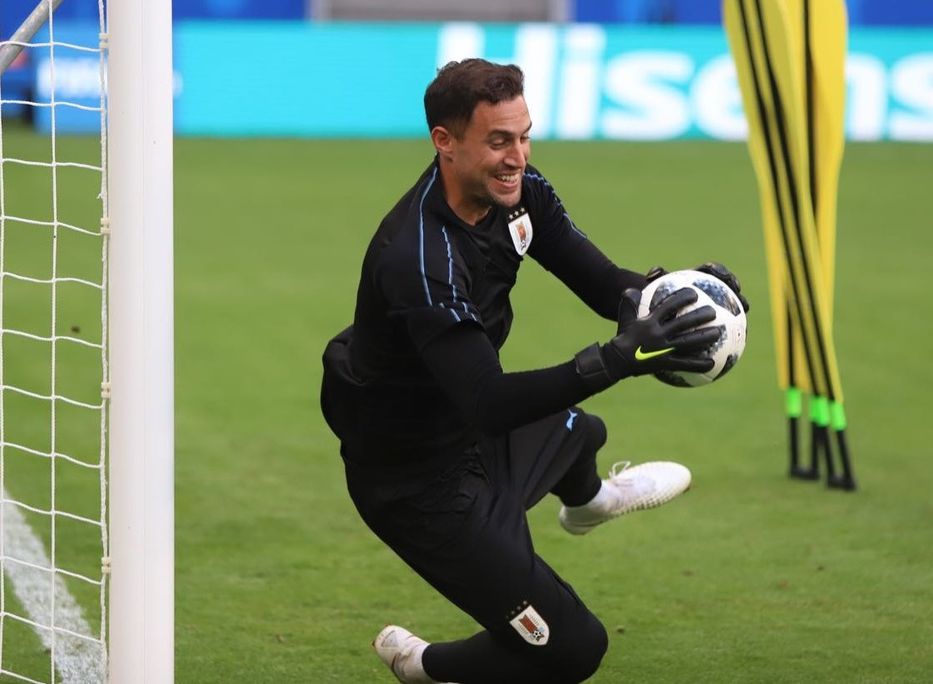 Uruguayan goalkeeper  Martín Silva will set a new record as the goalkeeper to make the most appearances at the World Cup by sitting on the bench.

Libertad de Paraguay goalkeeper will be making his 16th appearance at the World Cup tournament on the bench for Uruguay against Ghana.

The sky-blue goalkeepers has been two four World Cups since making his debut 12 years ago in South Africa under former coach Oscar Washington Tabarez.

Silva has been to the South Africa 2010, Brazil 2014, Russia 2018 and Qatar 2022 as a substitute goalkeeper for the Uruguayan national team.

He will be making a new record on the bench against Ghana at the Al Janoub Stadium in Al Wakra.

Germany's Matthias Ginter is the second player on the list of players without game time at the World Cup.

He went 12 games without game time before he was first handed his debut against Costa Rica as a substitute in his third World Cup tournament.

Simon Mignolet (Belgium), Ivano Bordon (Italy), and Eike Immel (Germany), all goal scorers with 14 games, are in second place behind the Uruguayan Silva.

Uruguay must beat Ghana to progress to the next round of the tournament.

They have only one point after two games in the competition.