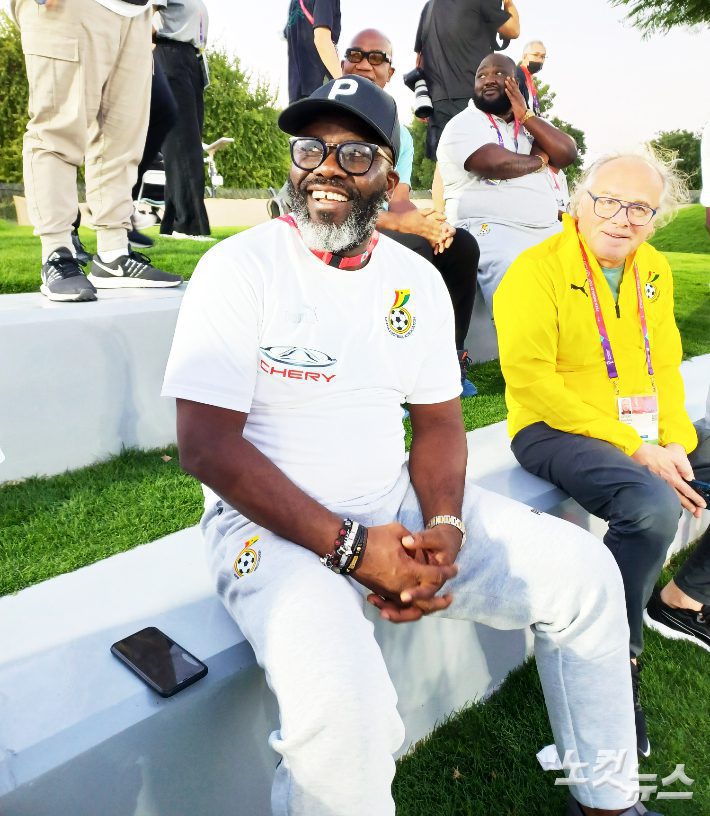 The Black Stars of Ghana held their penultimate training on Tuesday ahead of their World Cup opener against Portugal.

The media were invited to cover the training as well as interview players and officials of the Ghanaian national team.

However, an interesting conversation happened between Ghana legend and a young reporter from Uruguay.

The reporter, who was at the training grounds to observe the Black Stars' preparation, in his bid to find out about the Ghana team encountered Kuffuor.

But while he was thinking the former Ghana defender was just an official, he found out in the most awkward way that Kuffuor was a big star and had played with Luis Suarez at Ajax.

"Is there any Ghanaian reporters here?," the reported asked Kuffuor as he introduced himself before the former player responded "are you Suarez's brother?"

The confused looking reported then did a google search only to find out Kuffuor played for Bayern Munich, Ajax and AS Roma.

Some Korean reporters around took the chance to meet Kuffuor as they asked him about the strength of the Ghanaian team.