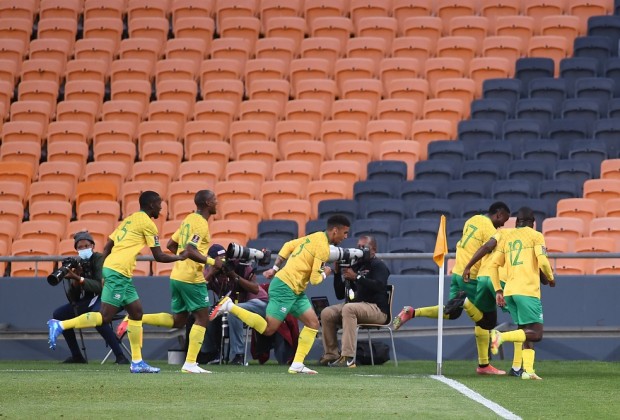 South Africa are back on top of group G in 2022 FIFA World Cup qualifiers after a slender 1-0 win over Ethiopia in Johannesburg on Tuesday evening.

Ghana went top of the group earlier in the day after recording a similar victory over Zimbabwe in Harare.

However, Bafana Bafana responded by beating Ethiopia at the FNB Stadium in front of about 2,000 spectators after the ban on supporters attending football games was lifted by South Africa's government.

South Africa profited from early pressure as midfielder Getaneh Gibeto put the ball in his own net in the 11th minute.

South Africa now have 10 points with Ghana on nine after four games in the qualification series. Ethiopia (3 points) and Zimbabwe (1 point) are completely out of the race.

The fight is between Ghana and South Africa with the remaining two games crucial for both countries in their bid to qualify for the playoffs in March.

Ghana’s next game is against Ethiopia in Addis Ababa while South Africa host Zimbabwe at home.

If both Ghana and South Africa win their respective matchday 5 games, then the Cape Coast meeting will decide which finishes on top.