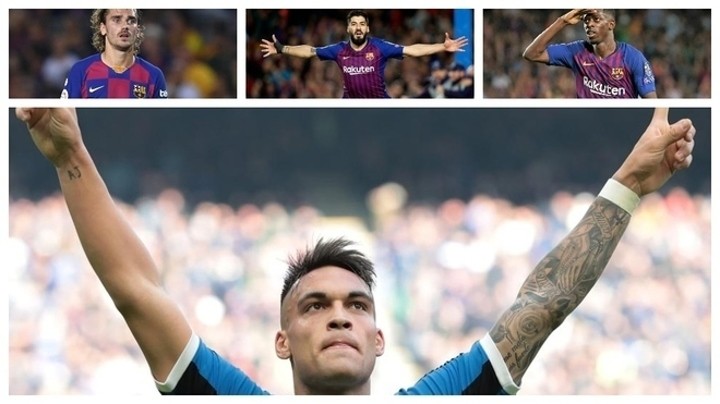 Lautaro Martinez's future appears to lie, according to various reports, at the Camp Nou.

There is, however, some doubt over whether the Argentine can muscle his way into a team that already contains plenty of attacking options.

What is for sure is that Lautaro will have to work hard to oust the likes of Luis Suarez and Antoine Griezmann from the starting line-up, while Ousmane Dembele is another option up front.

Lautaro's style of play and age means that he should be the ideal replacement for Suarez when the time comes for the Uruguayan to move on.

However, the Inter forward is unlikely to start ahead of the current Barcelona No.9 if he's fit and firing.

The more logical outcome is that Lautaro fights for his place in the side against Griezmann and Dembele.

There could be room for almost all of them in the team if Quique Setien opts for a four-man attack, with two centre-midfielders rather than three.

That way, Messi would be released from any defensive duties that he had remaining.