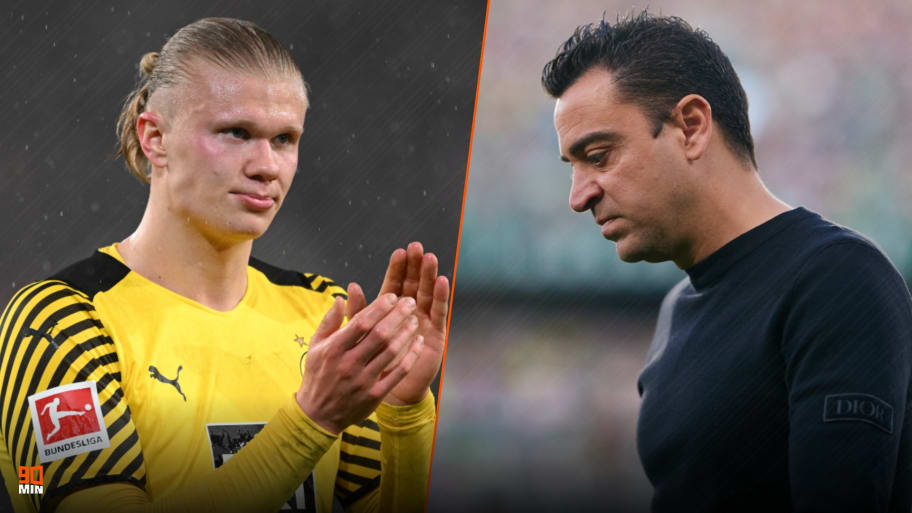 Xavi has pulled no punches when discussing Erling Haaland's imminent move to Manchester City, with the Barcelona manager adamant that it is 'primarily' financially motivated on the player's part.

It was revealed on Monday that the striker had agreed personal terms on a summer transfer to the Etihad Stadium. City are now set to trigger the Norwegian's £64m release clause having fought off stiff competition to land the prolific 21-year-old, including from Real Madrid and Barcelona.

The latter eventually fell away in the pursuit due to financial constraints, although Xavi had attempted to talk up the idea of playing for a club of the prestige of Barcelona.

Speaking after the news of Haaland's impending switch to Man City had emerged, it was clear that the striker's snub had left a bitter taste for the Barça head coach as he questioned the forward's motivations.

“I will not disrespect other projects. We don’t have the only valid project," the former midfielder said. "There are many other successful ones, including City. They have titles and great results and they are great competitors.

"However, in the end, if the move happens, it would be primarily for financial reasons. I have no doubt about that.”

Haaland's move to Man City could be confirmed as early as this week and he has reportedly completed a medical in Belgium after being given leave to 'take care of personal matters' by Dortmund on Monday.

The centre-forward will be handed a base wage similar to that of Kevin De Bruyne with bonuses added to make him the club's top earner when all is said and done.