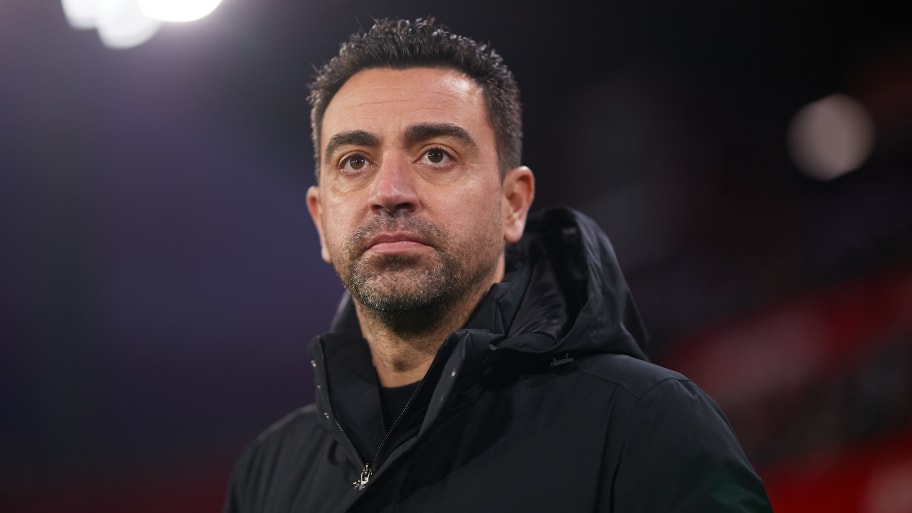 Xavi has bemoaned the lack of experience in the current Barcelona squad after they conceded a last-minute equaliser away at Granada on Saturday.

Barça had gone ahead in the game thanks to Luuk de Jong (of all people), but after Gavi was sent off for a reckless tackle things quickly unravelled for the Blaugrana.

Having piled on the pressure for the final ten minutes, Granada got their goal in the 89th minute thanks to Antonio Puertas.

Speaking after the game, Xavi lamented Gavi's red card and the multitude of clumsy mistakes Barca made throughout the game:

"It's a shame but it's down to our own mistakes," Xavi said (via ESPN). "It's a lack of experience. The red card weakens us, but we've lost because of errors.

"We've dropped two hugely important points. It's down to us, not the opposition. We lost silly balls. The second half was there to be controlled. We can't go home happy after that. We're angry. We must be self-critical.

"We didn't know how to control the game. We started dropping back when we had to kill the game off. We must create more to win. We've made mistakes. If we want to grow, it has to be now."

Due to their astonishingly bad financial situation - the club are currently in over £1bn of debt - Champions League qualification alone has become the minimum requirement.

Xavi and co. will be hoping that the recent signing of Ferran Torres will be the spark needed for a push for a top four finish. The forward was signed for £46.7m from Man City (nope, we have no idea how they can afford this either), and is set to return from a metatarsal fracture very soon.