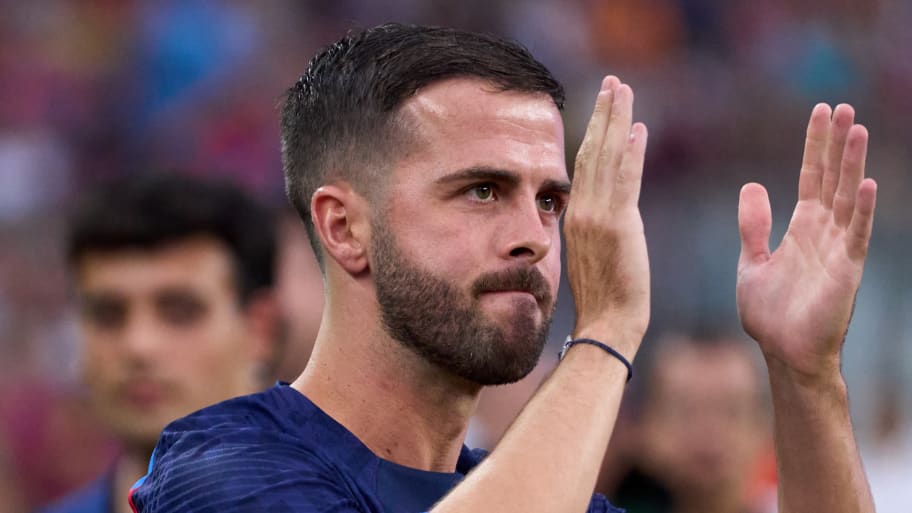 Barcelona manager Xavi has confirmed midfielder Miralem Pjanic will remain at the club for the upcoming season.

The Bosnian has endured a torrid time in Spain following his arrival from Juventus in a deal worth in excess of €60m in the summer of 2020.

Pjanic spent last season on loan with Besiktas in Turkey after falling out of favour under Xavi's predecessor Ronald Koeman.

However, the 32-year-old's performances in pre-season this summer have persuaded the Barca boss that he can operate effectively as Sergio Busquets' understudy in midfield.

When quizzed on whether there was sufficient depth in the midfield department following the loan departure of Nico Gonzalez, Xavi responded: "We have options to replace Busquets.

"There is Pjanic, who has convinced me and will stay.

"And also we have [Franck] Kessie, [Andreas] Christensen, and [Frenkie] de Jong."

Xavi also opened up on the future of Frenkie de Jong, with 90min revealing earlier this week that Barcelona are close to agreeing a deal with Chelsea for the Dutchman.

"For me he is an important footballer," said the Barca boss.

"I can use him and between now and August 31, we will see what happens. The market is still open.

"We don't know what will happen to Frenkie, [Pierre-Emerick] Aubameyang or the rest of the squad."

Barcelona welcome Rayo Vallecano to Camp Nou as they kick off their La Liga campaign this weekend. The Catalan club finished 13 points behind champions Real Madrid last term as their bitter rivals collected a league and Champions League double.

This article was originally published on 90min as Xavi confirms Miralem Pjanic will remain at Barcelona.