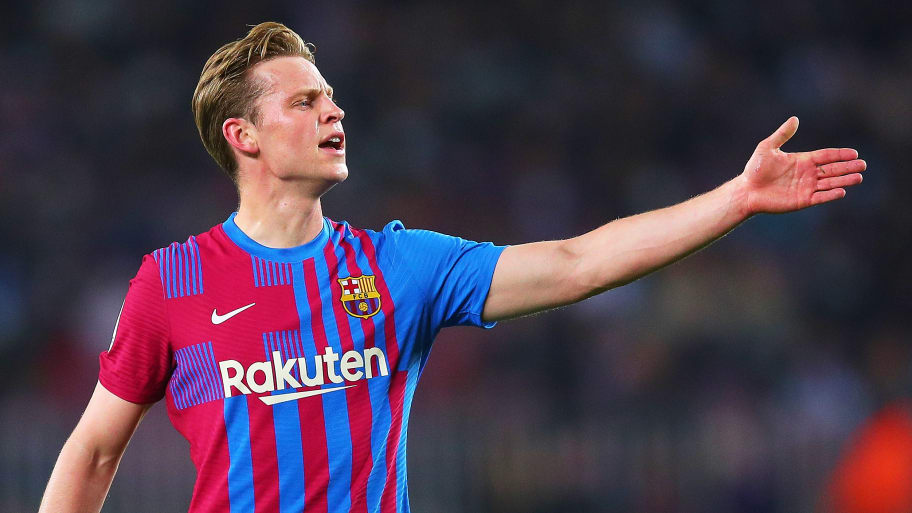 Barcelona manager Xavi has poured water on claims that Frenkie de Jong could be sold this summer by insisting that he is 'the present and future' of the club.

The Dutchman swapped Ajax for Barça back in 2019 but has often been linked with a move away from Camp Nou as he has struggled to consistently assert himself.

Speaking ahead of Barcelona's La Liga clash at home to Mallorca on Sunday, Xavi challenged De Jong to prove these doubters wrong as he believes the midfielder has the ability to be a key player for the Blaugrana.

"He has to be a player that makes the difference and he does," Xavi told a press conference.

"There aren't many players with his quality in the world. He's the present and the future [at Barcelona]. He is a very important player for me. He's capable, strong, he gets into the box...he has had some excellent games, but he has to be consistent."

Despite Xavi's belief in De Jong, he has opted to substitute the midfielder in eight of Barcelona's last ten games, and the 24-year-old did not look pleased when he was hooked on the hour mark in last week's 1-0 defeat at home to Rayo Vallecano.

ESPN report that De Jong is growing frustrated with this treatment, but Xavi said he has held talks with the Netherlands international regarding these concerns.

"We had a face-to-face chat this week and it went well," he added. "Obviously being taken off is frustrating for him, but I have to look out for the team."

This article was originally published on 90min as Xavi insists Frenkie de Jong is 'the present & future' of Barcelona.