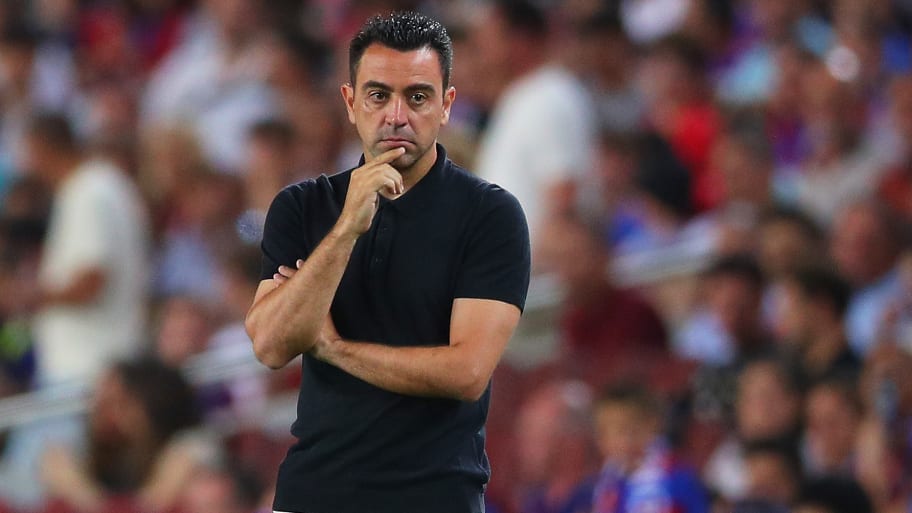 Barcelona manager Xavi wants to test out a 3-4-3 formation that he used during his time at Al Sadd next season.

The former midfielder has almost exclusively used a 4-3-3 formation in keeping with the club's philosophy since returning to Camp Nou in November 2021.

However, during his formative coaching years at Al Sadd, Xavi favoured the 3-4-3 formation, and AS report that he plans on introducing such a system at Barcelona.

Xavi is planning to play new signings Jules Kounde and Andreas Christensen either side of Ronald Araujo at the back to give them licence to roam forward.

Sergino Dest and Jordi Alba would likely operate at wing-back, while Sergio Busquets (or Frenkie de Jong if he ends up staying) would partner either Pedri or Gavi in central midfield. The use of three centre-backs would mean they could freely move into attacking areas and not worry as much about defensive responsibilities.

Robert Lewandowski would then be flanked by two of Ousmane Dembele, Raphinha, Pierre-Emerick Aubameyang, Memphis Depay and Ansu Fati.

Club legend Johan Cruyff was known for using a 3-4-3 during his time as manager decades ago, though his variant of the formation saw the midfield set out like a diamond.

Barcelona kick off their La Liga campaign on August 13 at home to Rayo Vallecano.


This article was originally published on 90min as Xavi planning to use 3-4-3 formation with Barcelona.