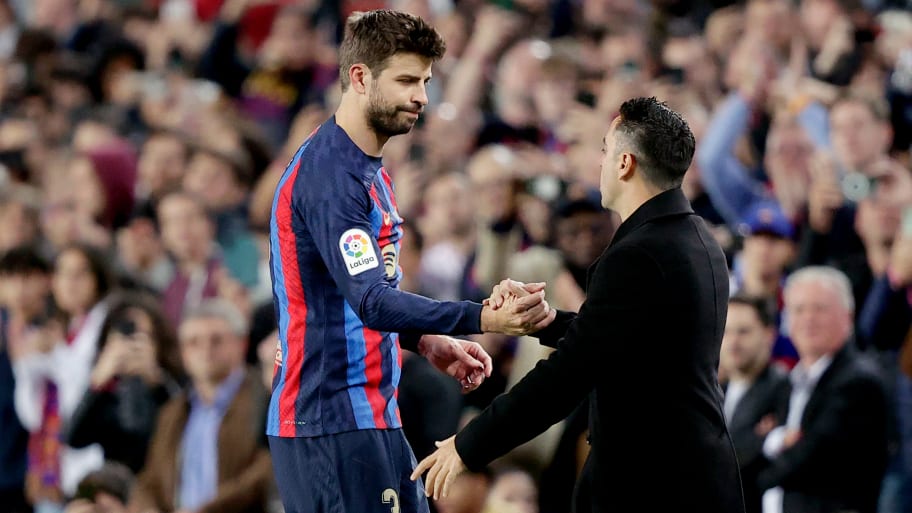 Barcelona manager Xavi has paid tribute to Gerard Pique after the centre-back brought his playing career to a close.

Pique made his final appearance for the club in Saturday's 2-0 victory over Almeria, earning a rapturous round of applause from the Camp Nou supporters as he was substituted towards the end of the game.

After the match, Xavi reflected on a famous night for the Blaugrana.

"A historic, famous night for everyone, but mainly for Gerard," he said. "He had a great game.

"We wanted to send him off in the best possible way. The bigger the game for him, the better he performs.

"I have already told him that he is a Barcelona legend and we are very thankful for him."

Club director Jordi Cruyff also joined the praise heading Pique's way, adding: "I think we all look at Pique and realise that he has fulfilled absolutely all the dreams he's had since he was little. Many years, many titles.

"I remember when he arrived in Manchester, I was leaving. He was so young, and here we are, many years later.

This article was originally published on 90min as Xavi reflects on 'historic' night for Gerard Pique & Barcelona.