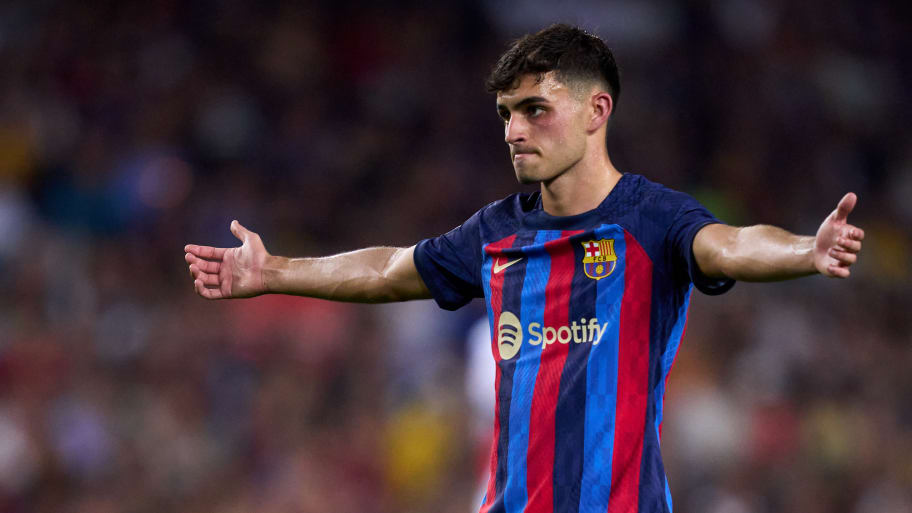 Barcelona boss Xavi has provided a positive update on the injury sustained by midfielder Pedri in his side's goalless draw with Rayo Vallecano in La Liga.

The Spain international was forced off clutching his calf in the 72nd minute, raising fears that he could be set for another extended period on the sidelines.

However, Xavi allayed the fears of the Barcelona faithful as he revealed the extent of the 19-year-old's ailment.

"Pedri had discomfort and that is why we changed him," the Barca boss said post-match. "But now they have done tests on him and it is nothing serious. There is no injury.”

The Spaniard missed a significant portion of Barcelona's season last time out, with his return to the team in the second half of the campaign coinciding with the side's best run of form.

Xavi's men suffered an early setback in their bid to reclaim La Liga after they were held at home by Rayo Vallecano.

Ousmane Dembele went close for Barca in the first half, before substitute Pierre-Emerick Aubameyang forced a goal line clearance five minutes from time. Sergio Busquets was also given his marching orders in injury time for a second bookable offence.

Xavi suggested after the match that expectations have perhaps been set too high following a summer of considerable incomings.

"I understand the disappointment, expectations are really high," said the Barca manager. "We will have to analyse the game, improve and keep believing in the model of play.

"Rayo defended well. It was harder for us to create than usual. It's disappointing, but we ask for patience."


This article was originally published on 90min as Xavi reveals extent of Pedri's injury.