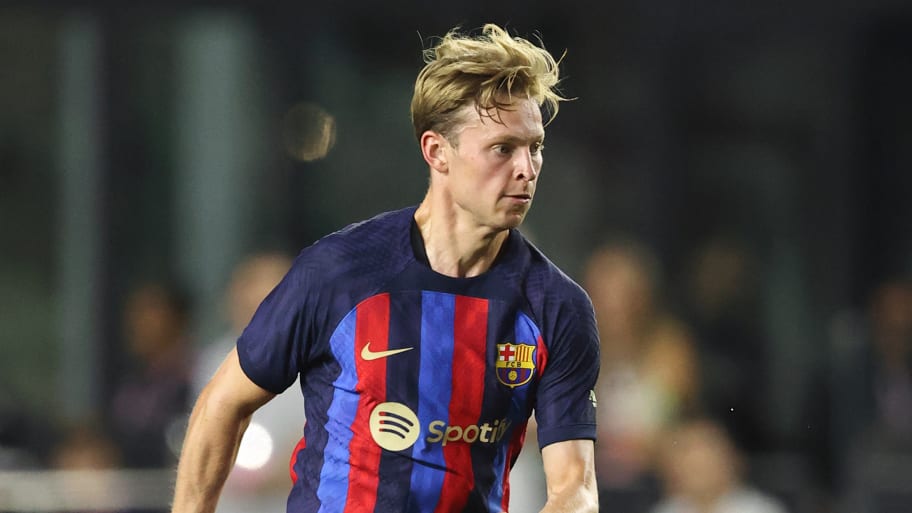 Xavi has hinted that Barcelona's 'economic situation' could force the club to sell Frenkie de Jong, but if he stays then he could have a future at the heart of the Blaugrana's defence.

De Jong has been heavily linked with a reunion with former Ajax manager Erik ten Hag at Manchester United this summer.

Although the move has stalled in recent week due to wage deferral issues, 90min understands that United's interest is strong and they are prepared to wait it out to get their man having agreed a fee with Barcelona.

De Jong featured for Barça in their pre-season victory over Real Madrid on Sunday, albeit as a second-half substitute for centre-back Andreas Christensen.

The Dutchman has been used in defence previously, but Xavi was still questioned on the positional shift after the game, and he used this opportunity to also issue an update on his future.

"Frenkie? I don't send messages. I spoke with him. I like him a lot," he said.

"For me, he is a fundamental footballer but there is also the economic situation and fair play. He can bring us a lot as a centre-back. I like him in that position."

Privately, Barcelona are open to De Jong departing the club. Despite activating two financial 'levers' they remain unlikely to be able to register their entire squad without breaching La Liga's salary cap.

However, De Jong is already owed €20m in deferred wages, and Barcelona have not yet agreed how this will be paid. This is the main hold-up regarding his potential move to United.

Barcelona are also pushing to sign defender Jules Kounde, despite Sevilla and Chelsea reaching an agreement over the France international.


This article was originally published on 90min as Xavi reveals he could use Frenkie de Jong at centre-back if he stays.