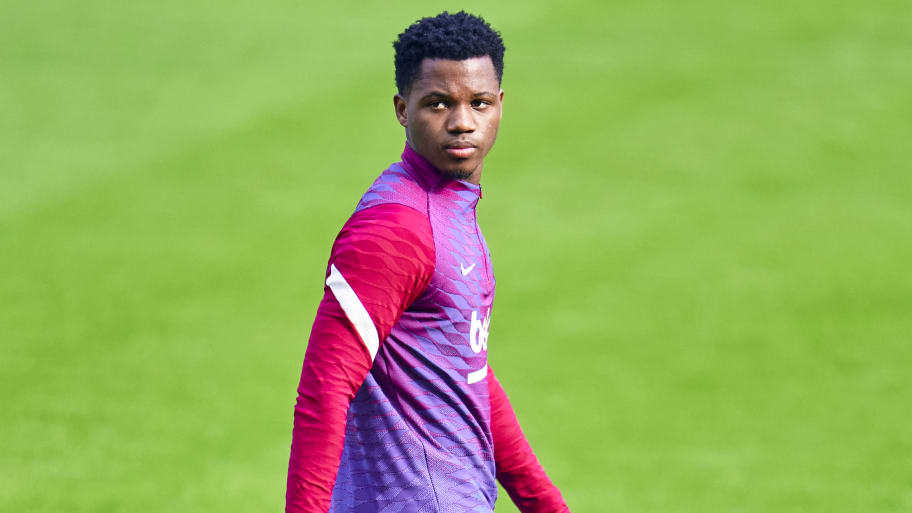 Barcelona manager Xavi has revealed that he expects to welcome winger Ansu Fati back to the squad for the upcoming Super Cup semi-final against Real Madrid.

After missing most of last season with a nasty knee injury, the talented teenager went down with a hamstring problem soon after his return and has missed his side's last 11 matches in all competitions.

Ahead of Saturday's meeting with Granada, Xavi confessed that Fati will not feature as he is being saved specifically for the Super Cup clash on Wednesday.

"Ansu is fine," Xavi said (via Marca). "There was a chance he could play here, but we do not want to take any risks.

"We're saving him. He will be there for the Super Cup, which is spectacular news for us. He can make a real difference."

The boss did confirm, however, that the importance of facing Real Madrid played no part in his decision to rest Fati, with Xavi instead seeing the upcoming semi-final as simply a chance to close in on his first trophy as manager.

Ez Abde and Ousmane Dembele are both available for Barcelona after testing negative for Covid-19, but Xavi was less optimistic about the fitness of defender Ronald Araujo, who has undergone surgery on his wrist after fracturing it against Linares in the Copa del Rey third round.

Reports have suggested that Araujo could be available for the Super Cup, but Xavi was not so sure.

"They have operated on him," Xavi confirmed. "We will see how he is, but it will not be easy for him to make it back in time for the Super Cup.

This article was originally published on 90min as Xavi reveals he is saving Ansu Fati for Super Cup.